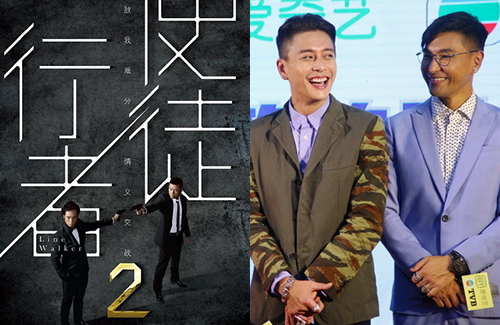 At the 2016 China International Film & TV Programs Exhibition held in Beijing yesterday, TVB announced two upcoming grand productions with iQIYI and Tencent. A total of $100 million HKD will be invested in both projects. A large amount of the budget will go towards overseas filming locations and new camera technology.

The second will be iQIYI’s At the Threshold of a New Era <再創世紀>, an epic financial thriller that will highlight the changes of Hong Kong’s economic industries since 1997. New Era is inspired by Jonathan Chik’s (戚其義) millennial epic At the Threshold of an Era <創世紀>, and will celebrate the twentieth anniversary of Hong Kong’s transfer of sovereignty back to China. New Era will star Bosco Wong (黃宗澤), Ruco Chan (陳展鵬), Joey Meng (萬綺雯), Nancy Wu (胡定欣), and more.

Both Line Walker 2 and New Era will also be promoted as TVB’s 50th anniversary dramas next year.

In regards to TVB’s new collaborations, Bosco Wong said, “Let’s all earn more money together! It’ll be even more perfect if we can collaborate in other shows and movies too!”

Ruco Chan said, “Our staff have been waiting for this opportunity for a long time. TVB is a global platform. With their smooth transition into the mainland market, I’m sure it’ll be a win-win situation for both parties.”

Nancy Wu expressed, “It’s always happy to see our company in new collaborations. It can help introduce our projects to more people around the world. I look forward to shooting in new locations.”