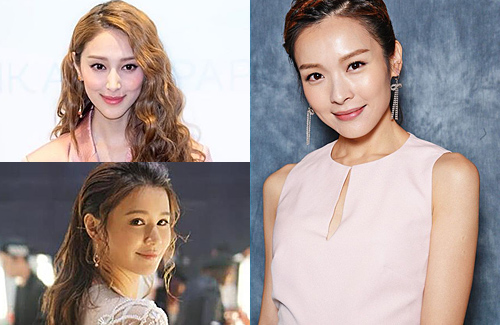 With TVB actresses leaving, getting married, and taking leave to raise babies, the station is left in a void when casting competent actresses in leading roles. Furthermore, after Jacqueline Wong (黃心穎) and Elaine Yiu’s (姚子羚) promotion to leading actresses, their controversial love lives cast a shadow on their careers. Despite heavy promotion of supporting actresses to carry leading roles in recent years, many are either on hiatus or agree to only filming one series per year.

Ali had won Best Actress for her performance in Who Wants A Baby? <BB來了> last year. Expected to take advantage of her popularity rise and accept more dramas, the actress instead chose to pause work and rest because of her deteriorating health. The same also applied to Kristal, who expressed her body couldn’t take on filming anymore, and rested for six months. Though she had filmed Girlie Days <她。她。她的少女時代> earlier this year, the actress is focusing on music and hosting now instead.

After getting married and giving birth to her son, Grace Chan hasn’t filmed a drama in months and is only attending events. Priscilla Wong, who got married to Edwin Siu (蕭正楠) last year, is also slowing down her work because of baby plans. It was earlier rumored that she had rejected replacing Jacqueline Wong to re-film Forensic Heroes IV <法證先鋒4 > and Finding her Voice <牛下女高音> because of this reason. Nancy on the other hand, has slowly reduced her work from filming four dramas to one drama per year to explore singing and new endeavors.

The remaining actresses such as Natalie Tong, Mandy Wong, Grace Wong, Rebecca Zhu, Sisley Choi, and Kelly Cheung are expected to support future TVB dramas. This is likely problematic, as half of the promoted actresses still possess raw acting skills. Also, viewers would soon be bored in watching the same actresses cast in circulation.