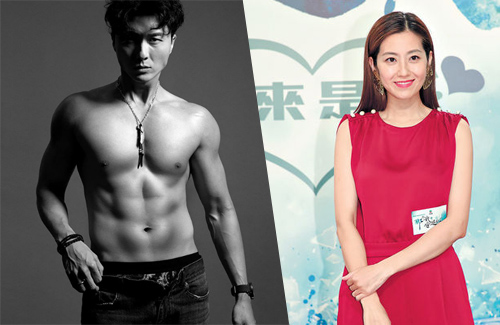 Turning 37 on July 7, Vincent Wong (王浩信) celebrated his birthday and posted a topless photo on Instagram showcasing his hard-earned physique. Many friends liked his post and left comments wishing him a happy birthday. However, there was a noticeable silence from his wife of nine years, Yoyo Chen (陳自瑤). When his co-star, Philip Keung (姜皓文) leaked that Vincent rarely goes home, this fueled more speculation that the couple is in a troubled marriage.

On the day of his birthday, Vincent was busy filming for new drama Detective Investigative Diaries <刑偵日記>. Co-stars, Philip and Benjamin Yuen (袁偉豪) surprised him with a birthday cake. Vincent thanked his parents and everyone for their well wishes. Grateful to star in a good drama with a quality script, Vincent’s birthday wish is for filming to go smoothly and asked for fans to support the new drama.

However, Vincent was caught in an awkward moment when a reporter asked whether he would be leaving work early to celebrate his birthday with his family. When Philip joked that Vincent rarely goes home, Vincent stated he would not be leaving early and that his daughter knows he has work. He took the opportunity to send his daughter a message through the video interview, “Daddy misses you a lot!” Vincent did not mention Yoyo at all, and as he has to speak to his daughter through an televised interview, he indeed must be very busy!