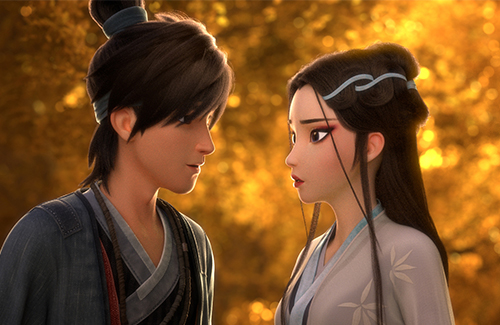 China’s animated film industry may still be in its infant stages, but with the release of the critically-acclaimed White Snake <白蛇: 缘起>, China may finally be on its way to catch up with her Hollywood competitors. 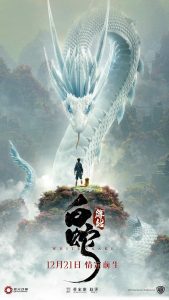 The Legend of the White Snake is a popular folk tale that has been adapted to numerous operas, books, films, and TV dramas over the years. Directed by Amp Wong (黃家康) and Zhao Ji (赵霁), the animation White Snake is not by any means an original breakthrough, but it has broken through the barriers that have plagued Chinese animation for years.

First, the film retells a popular legend with a different twist. The original story tells the forbidden romance between the human Xu Xian and the snake spirit, the White Maiden. This specific romance story was the core to many adaptations, but what sets White Snake apart from the rest is that it no longer follows Xu Xian, but his previous life, Xu Xuan—who also meets the White Maiden, but under different circumstances. Critics have called the storyline “choppy and too simple,” but it that does not detract from the entertainment value of the film.

Third, the film has well-written, three-dimensional characters that audiences are able to relate to. Animated movements are still a bit rigid, but it’s a huge improvement from previous Chinese animated features.

White Snake, which was released in theaters on January 11 in China, has since grossed over 440 million yuan (US$65 million).