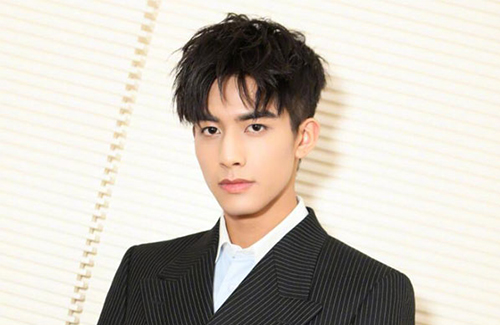 Along with celebrities like Sean Xiao (肖战) and Wang Yibo (王一博), 20-year-old Song Weilong (宋威龙) is part of a new generation of idol actors that are making waves in the Chinese entertainment industry. Currently starring alongside Victoria Song (宋茜) in the romantic comedy Find Yourself <下一站是幸福>, Song Weilong has received another spark of popularity thanks to his attractive portrayal of a young office intern who falls in love with a much older co-worker.

On the surface, Song has it all. The internet influencer-turned-actor has good looks, a tall height, very young, and a strong management agency to boot. After debuting at 15 years old, Song signed with ratings pleaser Yu Zheng () and was given top male lead treatment in 2018’s Untouchable Lovers <凤囚凰>. 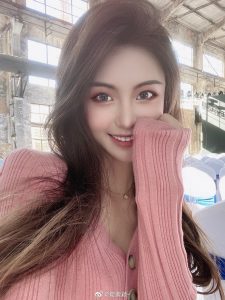 Social media celebrity Sun Ziying. Her relationship with Song was revealed after paparazzi spotted them kissing.

But even with all the cards stacked for him, there’s just something missing that’s preventing him from achieving international success like his predecessors.

Since his debut Song has had a series of love rumors that makes him a popular subject on gossip corners. In just a matter of few years, Song reportedly dated internet celebrity Sun Ziying (荀紫颖), actress Zhou Yutong (周雨彤), actress Jelly Lin (林允), and most recently, supermodel Zhao Jaili (赵佳丽).

Another reason for his lack of international projects may be because he never had a formal acting education. Many of his predecessors who have reached international success, such as Yang Mi (杨幂), Tiffany Tang (唐嫣), Dilireba (迪丽热巴), and Li Xian (李现), have either studied at the Beijing Film Academy, the Central Academy of Drama, or the Shanghai Theatre Academy.

But regardless, Song Weilong is still only 20 years old, and he has a long road ahead to turn the tables around.