With Myolie Wu Away Filming, Bosco Wong Parties All Night in a Drunken Stupor 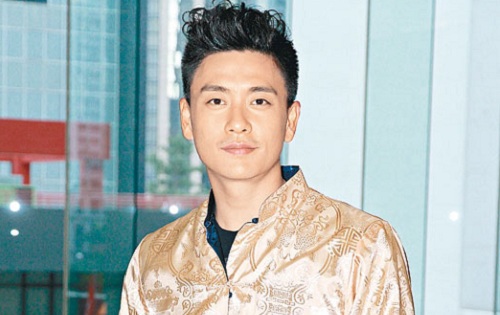 Although Bosco Wong (黃宗澤) and Myolie Wu’s (胡杏兒) relationship was emotionally stable, Bosco possessed a playful side which remained unsettled.  Taking advantage of Myolie filming in mainland China, Bosco took the opportunity to party wildly at a Central nightclub, attracting the attention of several sexily dressed women. Drinking until 4 AM, Bosco fell into a drunken stupor, requiring his friends to carry him to the car upon leaving.

Dating for 7 years, Bosco and Myolie were sweetly in love, even regarding each other as marriage candidates. However, Bosco’s wild side still remained unsettled, often generating rumors. As a result, Myolie moved to the apartment unit above Bosco’s apartment in the same residential building, keeping a tab on her playful boyfriend’s behavior.

Praised As Handsome and Requested to Take Photos

Since Myolie was filming for a lengthy period in mainland China, Bosco was unable to spend the Spring Lantern Festival with her. Last night, Bosco and several friends partied at a Lan Kwai Fong nightclub. Despite wearing a cap, Bosco attracted the attention of the patrons upon entering the club. At first, Bosco and his friends entertained themselves in the VIP area. However, when he went to the restroom, Bosco attracted numerous women flanking his side. The women praised him for being handsome and requested to take pictures.

One of Bosco’s male friends attempted to block him from the other club patrons. However, one sexily dressed woman was successful in coming into close contact with Bosco, who appeared to be merrily in conversation.  At this time, a second long-haired woman joined their conversation. Keeping his limits within control, Bosco excused himself and rushed back to his friends in the VIP area.

In A Drunken Stupor Bosco and his friends continued to drink and laughed loudly. After drinking for more than an hour, Bosco appeared to have gone into a drunken stupor. One friend offered Bosco a hot cup of tea, but he had no response and remained sluggish.

Supported by two friends on both sides upon exiting the nightclub, Bosco’s body went completely limp. Escorted by four friends, Bosco was driven home by one of his male friends.

Contacted by the press the next morning about being flanked by women at the nightclub, Bosco said, “Several of my friends from Malaysia came to Hong Kong, thus we went out together. Actually, it has been a long time since I have gone out [to a nightclub]!” When it was pointed out that he was so drunk he had to be carried by his friends into the car, Bosco said embarrasingly, “Ha ha, yes I was asked to drink a lot, but I was not afraid since there was so many friends present.” (Are you concerned that Myolie will get upset?) “No, I’m not afraid! Myolie also knows my friends!” Jayne: Wah, the paparazzi is so efficient. They manage to even get multiple photos of Bosco chatting with friends at the nightclub. Fortunately no “salty pork hands” although he was drunk and he was escorted away by his male friends and not female friends. From the article, his friends seem quite protective of the drunk Bosco.

35 comments to With Myolie Wu Away Filming, Bosco Wong Parties All Night in a Drunken Stupor