Yammie Nam Admits She Was Raped by Two Men 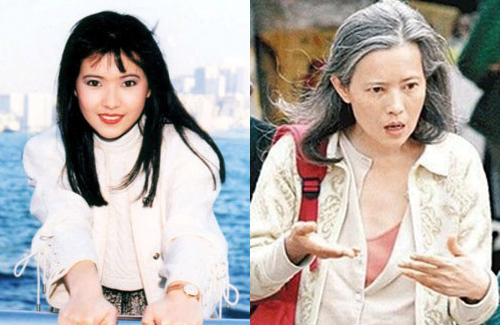 Yammie Nam’s (藍潔瑛) mental instability has progressively worsened in the last few years. Yammie was rumored to be emotionally scarred from a horrifying rape experience in Singapore several years ago. In a recent interview with Next Magazine, Yammie admitted for the first time that she was raped by two heavyweights in the Hong Kong film industry.

Yammie’s condition first came to public awareness in 2004, when she had a nervous breakdown and wanted to commit suicide. Personal bankruptcy, depression, and mental illness followed. In 2006, Yammie had checked into a mental hospital due to suicidal tendencies. Inconsistent in taking her medications, she continued to relapse into a more severe state. Unable to maintain a steady job, she is currently living in public housing and often wanders the streets of Hong Kong aimlessly in a trance-like state.

Although she was a striking beauty in the 1980s, the 49-year-old former TVB actress’ hair has turned nearly all white from her tragic experiences. Close friend, Mary Yeung (楊曼莉), once revealed in an interview that Yammie had confided that she was raped by a Hong Kong entertainment dai lo. Mary had revealed, “Yammie Nam said that when she was filming in Singapore, this dai lo raped her. After raping her, he smiled at her coldly and till this day, Yammie still remembers his cold smile. I believe that this incident was a big blow to her; she is unable to accept her own past.”

Speaking with reporters recently, Yammie confirmed the rumors that have been circulating for years. Asked if she had been raped, Yammie nodded her head firmly and said, “Why would I lie? I was truly raped.” The name of the alleged rapist was however edited out in the excerpt of the video interview.

Next Magazine promises to reveal the details of Yammie’s tragic experience in an upcoming issue.