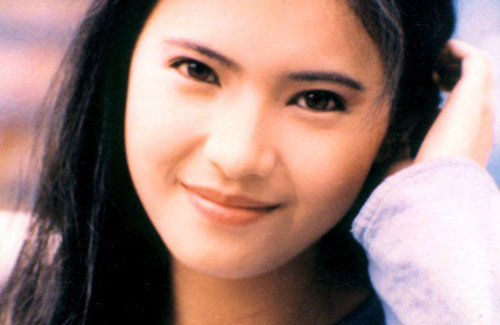 Additional details about Yammie Nam’s (藍潔瑛) rape claims have emerged, painting a dreary picture of her sufferings throughout the past decades.

One of the top graduates from TVB’s artist training program, Yammie achieved great success in the 1980s due to her classic beauty. She also made her way into the film industry and collaborated with some of the hottest names. Despite her potential, Yammie faded from the public after her parents’ successive deaths in the mid-1990s. Her erratic behavior began soon after, and was frequently admitted into mental health facilities due to multiple suicide attempts. Unable to hold a steady job, Yammie’s debts piled up and she ultimately filed for bankruptcy in 2005. Hopeless in life, Yammie now only makes headlines for her disheveled appearance and temper tantrums.

Many theories exist to explain Yammie’s tragic downfall, though until this week, the 50-year-old had kept the truth a secret. Yammie’s good friend, singer Mary Yeung (楊曼莉), had been the public’s only source for updates, though even she had lost touch for two years. In 2008, Mary provided an early clue to her friend’s painful past, revealing to the press that Yammie had personally confessed that she was raped by top players of the film industry. With no evidence and no confirmation, the public remained both skeptical and curious.

Now, five years later, Yammie surprisingly opened up and admitted to the rape in a short, Mandarin interview. Hong Kong’s Next Magazine obtained the exclusive clip this week, revealing for the first time what might have happened.

Yammie spoke of being sexually-harassed by two men in the Hong Kong film industry, and both incidents occurred almost thirty years ago. Although the men’s names were removed from the clip, one of them has already passed away, while the other was the man who violated her in Singapore. Yammie explained that she was invited to the country to visit a film set, and was given a room for the night. While she was resting, the drunken man entered her room with a stolen key and performed the indecent act. Afraid of drawing unwanted attention, Yammie decided against filing a police report, believing that the man acted only out of drunkenness. She obtained a medical checkup and emergency contraception soon afterwards. Although she did not suffer further physical harm, her spirit was badly shaken. Admitting to suicide attempts, Yammie displayed wrists covered with slit marks self-inflicted with razor blades.

Having suffered similar humiliation in an abduction incident in the 1990s, Carina Lau (劉嘉玲) was completely devastated upon hearing Yammie’s story. “I am very worried about her condition. I have spoken with her a long time ago, and she was already in poor shape back then” Carina hopes that others will be generous to Yammie, and believes that Eric Tsang (曾志偉), who possesses good relationships with many artists, will be able to make a breakthrough. “He is a wise man and will know what to do. Others may not be able to ever step into [Yammie’s] world.”