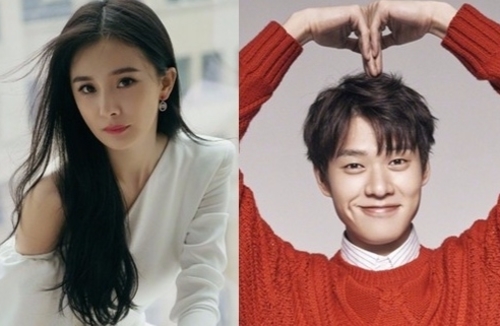 Since divorcing Hawick Lau (劉愷威) in 2018, Mainland actress Yang Mi (楊冪) has been caught up with dating rumors with idol actor Wei Daxun (魏大勛). Despite their three-year age gap and different levels in popularity, the two get along well and appear to have grown closer after working on the Chinese variety show, Great Escape <密室大逃脫>. Dating speculations arose when the two were spotted going out and wearing matching accessories. However, as neither side has given a response, rumors continued to circulate. The pair also seems unafraid of reporters, as they recently made headlines with them going to the same hotel minutes between each other.

According to reports, Yang Mi wore a white cap and held her phone as she made her way to the hotel restaurant after she finished work. Not long after, Daxun appeared in a striped black-and-beige coat, black hat, and mask. With no assistant by his side, he walked into the hotel and stayed for a total of eight hours. He didn’t leave until the next morning at 6 a.m.

The two have yet to respond to this matter, but the photos immediately became a hot topic online, as it indicated Daxun must’ve stayed overnight. Netizens took this issue as an indirect confirmation of their relationship, and many begun to send their blessings to the unofficial couple. Some wrote, “With sincere congratulations, can’t a single and beautiful woman fall in love?”

Although others are suspicious of the clarity of the photos, they also suggest these photos may be intended to test the waters first before officially announcing their relationship. 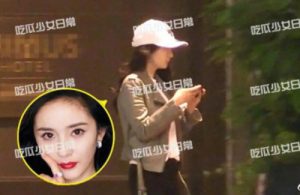 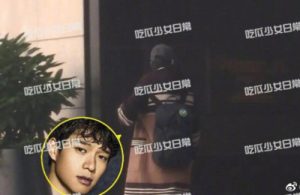 2 comments to Yang Mi Caught at Hotel with Rumored Boyfriend