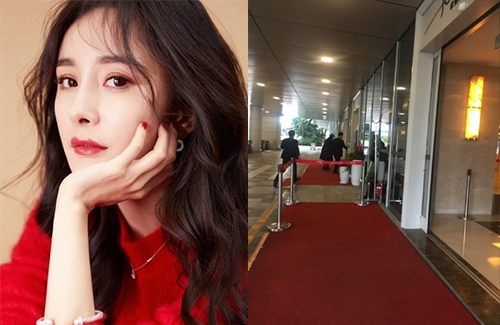 It’s been two months since Yang Mi (楊冪) and Hawick Lau (劉愷威) have announced their divorce. Married for five years, the couple have one daughter Noemie, born in June 2014. Though Noemie has been living in Hong Kong with Hawick and his parents, the Yang Mi also shares custody.

Yang Mi, who just finished shooting the film Assassin in Red <刺殺小說家>, was spotted at recently spotted at Shenzhen Bao’an International Airport, en route to Hong Kong for the first time since her divorce. The 32-year-old actress was alone, but had friends to drop her off. She kept a low profile as she passed immigration. It is speculated that Yang Mi was on her way to see Noemie.

Both Hawick and Yang Mi have stayed silent about their relationship since the divorce, but Hawick’s father, TVB actor Lau Dan (劉丹), has told the press to not worry, and that both her son and Yang Mi are “doing well.”