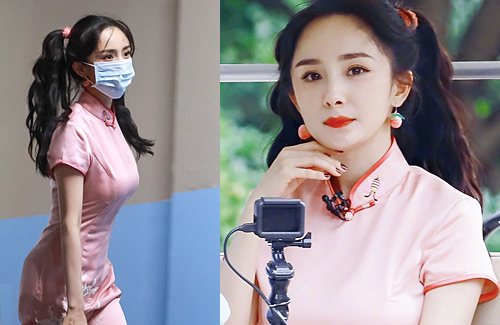 As one of China’s most successful actresses due to her popular idol dramas, 33-year-old Yang Mi (楊冪) does not reveal her stunning figure often. Even at red carpet events, she chooses relatively modest fashions to keep her hourglass shape under wraps. It was an exception to see Yang Mi wear a skintight qipao which revealed every curve in her figure while filming for variety program, Great Escape <密室大逃脫>.

Ever since giving birth to her daughter, it has been said that Yang Mi’s physique was starting to show age and signs of a sagging chest. Her favorite casual wear is often pairing a bulky hoodie with micro shorts that would make her legs seem to go on forever.

However, since her speculated relationship with actor Wei Daxun (魏大勛) surfaced, Yang Mi’s youth and glow resurfaced. Once in a while, she would tease fans with a seductive outfit.

Filming for Great Escape yesterday, Yang Mi was dressed in a knee-length pink qipao. Wearing her hair in two pigtails, Yang Mi looked youthful and does not look her age at all. The tight qipao revealed her naturally slim waist and accentuated her curves. After photos emerged of her outfit, it immediately became a hot trending topic on social media. 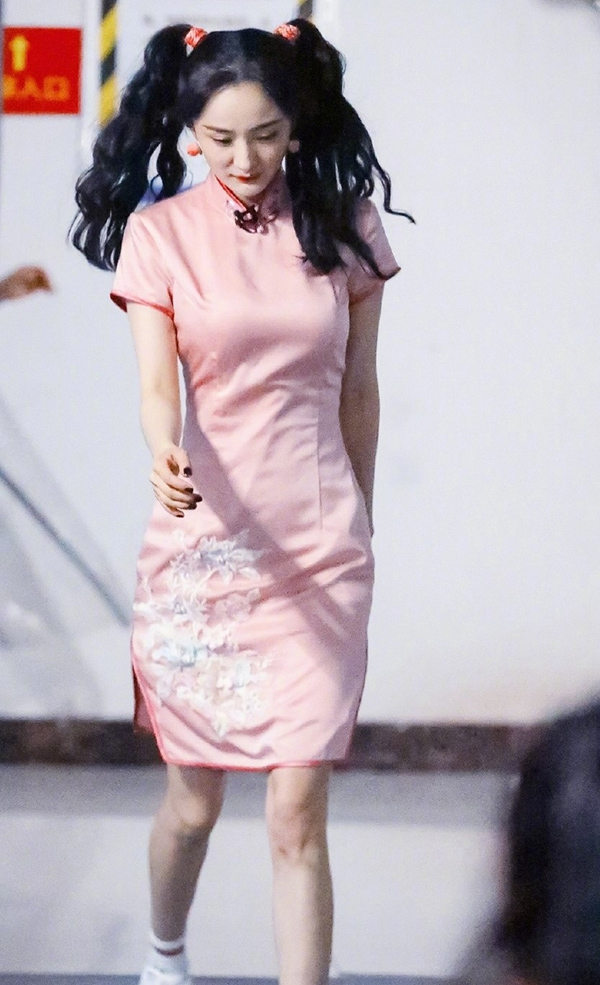 15 comments to Yang Mi Shows Off Amazing Body in Qipao