Yang Yang’s “Once Upon a Time” Critically Panned 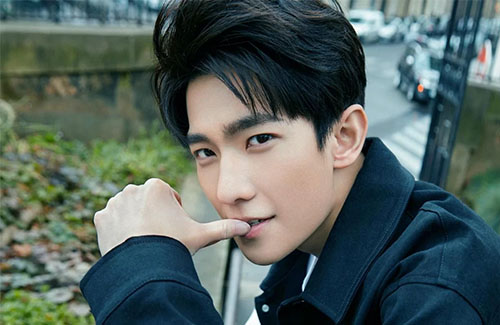 Once Upon a Time <三生三世十里桃花>, film adaptation of the xianxia novel Three Lives Three Worlds: Ten Miles of Peach Blossoms, is not meeting the hype.

The film starring the popular Crystal Liu Yifei (刘亦菲) and Yang Yang (杨洋) opened in China nationwide on August 3, 2017. The film depicts the tragic love story between Bai Qian and Ye Hua, two gods tested by the cruel game of fate. The novel was previously adapted into a television drama starring Yang Mi (杨幂) and Mark Chao (趙又廷), which went on to become the most-watched television drama online.

Though the original source material and its television counterpart had solid critical ratings, Once Upon a Time was critically panned, and was unable to live up the hype that the television drama had established.

Critics and fans criticized the film for having a broken script, poor acting, and the lack of chemistry between Crystal and Yang Yang. Many fans found the love story too long-winded.

Many fans found Yang Yang’s performance disappointing, although Yang Yang’s previous performances in the films The Left Ear <左耳> and I Belonged to You <从你的全世界路过> were rated favorably. Both films were also box office successes, growing 485 million RMB and 814 million RMB respectively.

Yang Yang and Dilraba to Star in “The King’s Avatar”

Once Upon a Time may have disrupted Yang Yang’s solid filmography, but the actor will most likely another hit in his hands once he gets started on The King’s Avatar <全职高手>, live-action adaptation of the book of the same name.

The King’s Avatar, which has also been adapted into an anime, tells the story of Ye Xiu, a top-tier player from the online multiplayer game Glory. Dilireba (迪丽热巴) plays his confidant and love interest, Su Mucheng. The King’s Avatar, written by Butterfly Blue, is popular amongst the online gaming community.