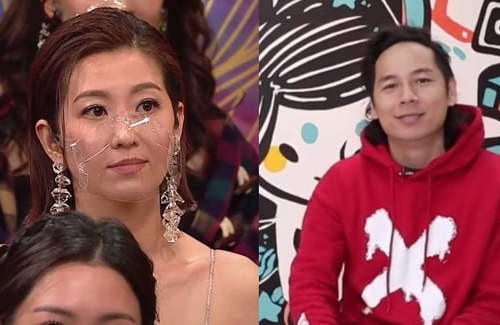 Instead of the winners from the 2020 TVB Anniversary Awards dominating headlines for their achievements, Yoyo Chen (陳自瑤) and Vincent Wong (王浩信)’s estranged marriage has graced the front pages of tabloids. Yoyo’s dark expression when Vincent thanked her during his Best Actor speech not only fueled rumors of marriage troubles but became the face of memes. Just when everyone thought the jokes would end soon, the actress’s ex-boyfriend from many years ago added more oil to the fire. 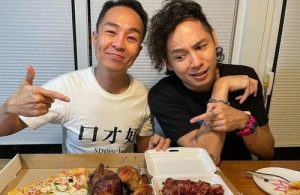 Recently, former TVB host Plato Lai (黎國輝) uploaded a YouTube video with actor Roland Leung (梁梓禧) to break down Yoyo’s expression since Plato dated her in the past. In 2004, Yoyo and Plato kicked off their romance after sparks ignited between them while collaborating on a radio drama following her debut. At the time, Plato also recommended her to become a guest DJ at a radio station.

He expressed, “I’ve been with her for seven years, and I always witnessed her dark expression.” Roland, who came to know of Yoyo because of Plato, agreed that Yoyo often sported an unpleasant look. He added that he “couldn’t communicate with her,” as he is scared of Virgos, and Yoyo is a true Virgo.

Hearing this, Roland gave his two cents and commented that there is likely something wrong with Yoyo and Vincent’s relationship. He even brought up the rumors of the two living in the same building but different apartments. However, Roland also suggested that Yoyo deliberately put forth a dark expression to become a talking point and surge in popularity. Plato commented that it’s possible, as Yoyo is very serious about her career.