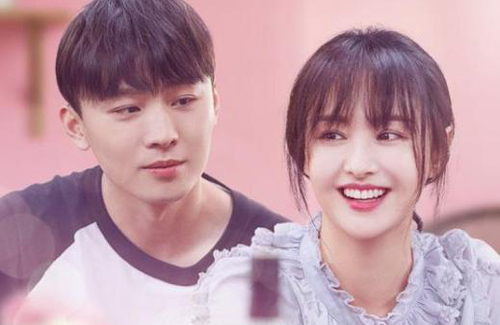 Chinese actress Zheng Shuang’s (鄭爽) image tanked overnight when her surrogacy scandal erupted on Monday. Her disregard for the welfare of her two surrogate children was obvious in two leaked audio recordings, and many criticized the 29-year-old for her irresponsibility and lack of morals. Responding to the backlash in her latest Weibo post, Zheng Shuang justified her actions by accusing her ex-boyfriend Zhang Heng (張恆) of cheating on her.

Last year, Zheng Shuang and Zhang Heng had two children, a boy and a girl born one month apart, via two separate surrogate mothers in the United States. When the couple broke up, it was already too late to abort the babies due to the advanced pregnancies, as Zheng Shuang was heard complaining in the first leaked audio recording.

“Giving Away the Children is a Good Thing”

Shortly after the scandal erupted, a second audio clip of a conversation between Zheng Shuang, her parents, and Zhang Heng’s parents was released online. In the conversation, Zheng Shuang and her parents sounded visibly upset and were talking about giving the children up for possible adoption. The actress and her parents revealed the shocking perspective that “giving away the children is a good thing” since she and Zhang Heng are already separated, and “it would also satisfy families who are unable to have children.”

With surrogacy already an illegal procedure in China, netizens grew increasingly upset over Zheng Shuang’s irresponsible actions over the children’s welfare. The actress was seen as having complete disregard for human life, and only cared about her own interest and convenience.

“After He Cheated, What Would Happen to Me?” 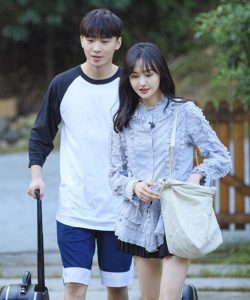 Despite the actress uploading several Weibo posts trying to explain the situation, netizens criticized Zheng Shuang’s posts as insincere and confusing. In one of her responses, Zheng Shuang indirectly admitted to the surrogacy allegations by stating how disappointed she was that “a sad and private matter” got leaked to the public.

Zheng Shuang exclaimed that the full clip of the recording should be six hours long, while the portion that is being circulated is only a snippet. She alleged that the recording was edited out intentionally for dubious reasons.

“I am not running away from what I said,” the actress wrote in her social media post. “The first thing I tried to do was to end it all. I never considered after he cheated, what would happen to me? That day was September 27, 2019 on the airplane. After getting off the plane, I went and completed my work as usual. At night, I didn’t say anything about the tears and confession. I didn’t want to multiply anything unpleasant–I just wanted to calmly solve [the problem], including the future and the financial loan between us.”

Zheng Shuang’s Father: “Won’t Give Them a Penny”

Coming to his daughter’s defense, Zheng Shuang’s father posted an angry message on Weibo calling Zhang Heng a coward and a “soft rice king.” Her father also pointed at Zhang Heng cheating multiple times, his greediness, and lies such as “pretending to negotiate the situation on the phone but secretly recording the six-hour phone conversation,” only to mislead and trap them into saying incriminating statements.

“His entire family is terrible! He is willing to do anything for money–he is nasty and disgusting! This love relationship hurt Zheng Shuang deeply, and made her lose a lot of money. We paid for all the expenses in opening the company. He still has not paid us back for the loan of 20 million yuan, yet he has the gall to say it’s his salary! He has no shame! He is the number one soft rice eater! They just keep forcing us to trick more of our money,” Zheng Shuang’s father exploded.

Regarding the two surrogate children, he commented, “We are a responsible family. We have never given up on [them] and want to be responsible for the children…. Let the real truth be revealed. Also, we won’t let the evildoers get a penny. You really think they are that kind? A few days ago, they asked for a a private settlement, or they would [destroy] us.”