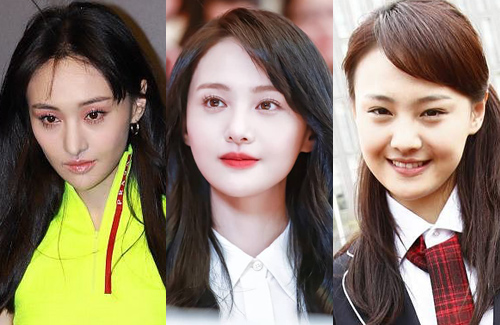 Did the popular actress undergo cosmetic procedures again despite regretting it the previous time?

Rising in popularity since starring in 2016’s Love O2O <微微一笑很倾城> with Yang Yang (楊洋), Chinese actress Zheng Shuang (鄭爽) won over many male fans with her youthful, pretty looks and dazzling smile. Although the straight-talking actress admitted in 2013 to having done plastic surgery on her face, she also shared that she regretted her decision and has since removed her nose implants. 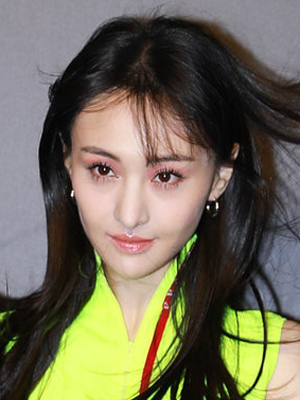 Recently, the 28-year-old actress shocked fans when she appeared at a publicity event in Beijing looking different from her usual self. Though she was dressed fashionably in neon apparel, the slim actress looked even skinnier with her cheeks sunken-in, while her nose appeared noticeably sharper with the tip of her nose protruding prominently, raising suspicions that she once again enhanced her face with plastic surgery. Others defended her, saying makeup created the illusion of prominent facial features.

Zheng Shuang once shared how she chose to undergo plastic surgery during a period when she experienced low esteem, and had work done to the corner of her eyes and mouth, plus increasing the height and sharpness of her nose.

The actress also shared that she later regretted this, and had her nose implants removed at the hospital, accompanied by her then-boyfriend Hans Zhang (張翰). In April, Zheng Shuang was photographed with her drooping cheeks and a slightly tilted nose. Apparently, her plastic surgery had required more maintenance.