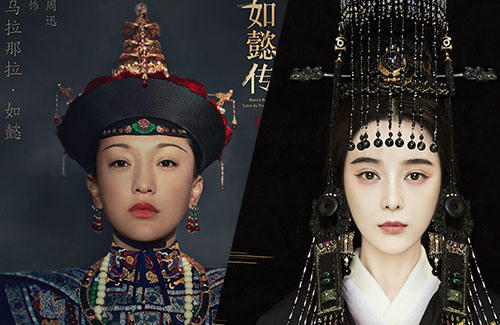 The highly-anticipated historical drama Ruyi’s Royal Love in the Palace <如懿传> is in a broadcast limbo, and the producers are unsure if the drama would even make it to air this year.

The Qing dynasty serial, which stars Zhou Xun (周迅) as Ruyi and Wallace Huo (霍建華) as the Qianlong Emperor, is based on the book of the same name written by Liu Lianzi (流潋紫), who also wrote the inspiration behind 2011’s hit drama Empresses in the Palace <后宫·甄嬛传>. Ruyi’s Royal Love, which wrapped up filming in May 2017, was originally slated for a late December 2017 release on Dragon TV and Jiangsu TV, but this was later pushed back to an unspecified date in 2018.

With Ruyi’s broadcast date up in the air, the producers have this to say on Weibo: “Thank you everyone for your love and attention for Ruyi’s Royal Love in the Palace. As a production studio, we filmed the show with sincerity and finished post-production with utmost care. We wanted the production quality to match up to everyone’s expectations. The broadcast time [however] is not something controlled by the studios. We can only work hard on doing what we can do, and diligently wait for the day everyone can see our work.”