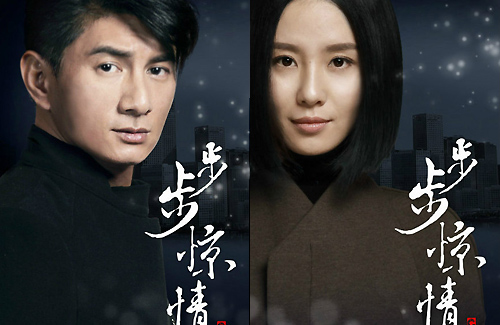 Aside from several blurry onset photos which were leaked online in the last three days and a short synopsis regarding the office drama circulating, there was little information available to satisfy eager fans who have waited for the sequel to film for the last two years.

One of the poster captions read, “If one day you were to leave here, I will go to your world to find you,” referring to the continuation of the love story between Cecilia and Nicky in the modern era.

Currently in a management dispute with Chinese Entertainment Shanghai, Lin Gengxin (林更新) was reported to have been invited to appear in the sequel. However, it is unclear whether Lin Gengxin will be filming Bu Bu Jing Xin as he was not featured in the released character stills.