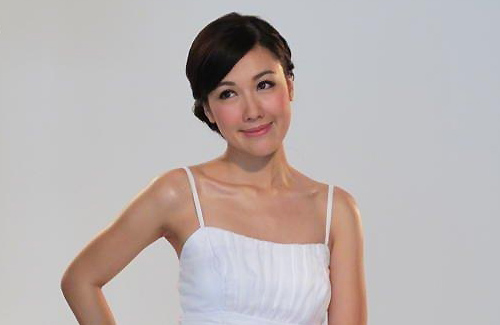 Selena Li (李詩韻) wore her camisole and showed off her perfect, supple skin again to shoot an ad for Vaseline. The 32-year-old TVB actress has been a face for Vaseline skincare products for three years in a row.

The Slow Boat Home <情越海岸線> star is an avid fan of skincare and believes that skincare is the most important part of one’s everyday beauty routine. Selena said, “If your skin is dry, you will also appear older. I will use skincare products every morning and night. During the day, I will apply sunscreen and moisturizer with SPF all over my body to prevent sunspots. After I take a shower at night, I will apply body lotion. I will exfoliate my face three times a week to remove dead skin cells, and then apply moisturizing lotion or serum afterwards to capture in the nutrients.”

Selena took a break after shooting legal drama, Awfully Lawful <熟男有惑>, in January 2013. She revealed that she will return to the studios to film new TVB drama, Cold Mountain, Hidden Dragon <寒山潛龍>, this coming May. The action-packed wuxia drama will also do location shoots at Hengdian World Studios.

“I have a dancing background. If I have fighting scenes, I will request to do my own stunts. Right now, I am preparing myself by doing stretches.”