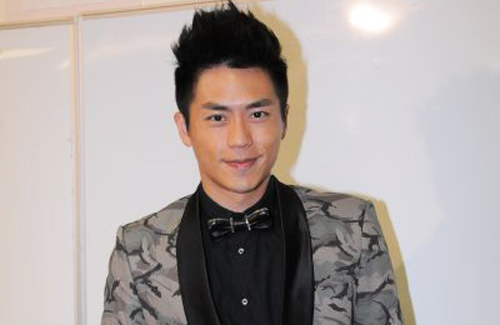 Although Sammy Leung (森美) suddenly withdrew from The Apostle <使徒行者> in the middle of filming, making it necessary to re-shoot the scenes he was in, his colleagues are supportive of his decision and are quick to bless him with good health.

Sammy resigned from the production last week citing health reasons. He later explained that he is suffering major stress from his many work obligations and decided to take a break to regain his health. Some speculated that his role would be given to Joe Ma (馬德鐘), but it was later confirmed that Sammy Sum (沈震軒) would instead take Leung’s place.

Even though Leung has already filmed several scenes, his co-stars Michael Miu (苗僑偉) and Raymond Lam (林峯) both feel that he has made the right decision and the two do not mind re-shooting their parts with a new partner. Michael initially expressed surprise by Leung’s announcement but feels that health is more important. Raymond agrees. “I have filmed a scene with him already. He seemed really tired and strained. The most important thing is to have good health.” He added that he is disappointed about losing the opportunity to work with the multi-talented artist.

Sammy Sum, who will now star opposite Sharon Chan (陳敏之), has already began filming. His original role as Sharon’s ex-boyfriend has since been given to Patrick Tang (鄧健泓). The trio will become involved in a love triangle though Sum will win her heart in the end. On the set on February 24, Sum said that he is happy to be given a heavier role, and has only one concern when it comes to working with the long-legged goddess: “I only hope that she will not wear those tall high heels. If not, I would have to pad mine too in order to match her!”