TVB Viewers Too Stupid for “Beauty at War”? 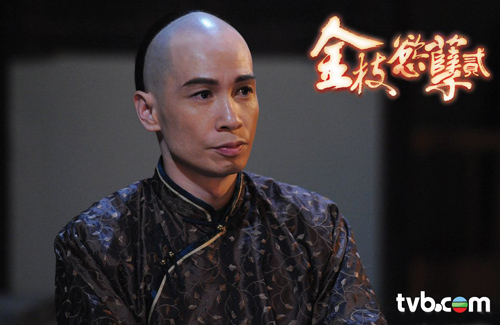 Are TVB audiences too stupid for Beauty at War <金枝慾孽貳>, or is the palace drama just unnecessarily deep? Audiences rejoiced when TVB announced that their 2004 critically-acclaimed War and Beauty <金枝慾孽> would be getting a sequel, but not only has the second installment failed to reach the popularity and success of its predecessor, viewers are also confused about the plot, expressing that the story is too difficult to follow.

TVB seemed to have gotten the message, and in episode 8 which was aired yesterday – TVB showed a quick interview clip of Moses Chan (陳豪) briefing the viewers about the upcoming episode, which aired right before the broadcast of episode 8. In the brief clip, Moses broke down the complicated relationship between Consort Yue and Consort Dowager Shun, and explained how their destinies changed after meeting Ko Lau Fei, who enters the palace to perform the kunqu classic, The Peony Pavilion, in front of the concubines.

Immediately after the broadcast of episode 8, the teaser trailer of episode 9 was aired, which featured Christine Ng(伍詠薇), who portrays Consort Dowager Shun, explaining how her character falls for Ko Lau Fei after he performs in the palace. “I have slowly fallen into love, and I am unable to pull myself out of it,” teases Christine as the trailer ends.

Many of these “briefing trailers” were actually filmed last minute. In addition to Moses and Christine, Kenny Wong(黃德斌) was also spotted in TVB Studios recording several of the features a few days ago.

Though critics gave Beauty at War positive reviews, the series garnered mixed responses from the general Hong Kong public. It was criticized for having too many characters, making it hard to keep track of all of them over the course of the convoluted plot. Some complained about the slow pace of the story, and others found the story difficult to understand because the script had too many “big words.”

In an interview with Ada Choi (蔡少芬), who stars as the nanny Sheung Ling in Beauty at War, she explained that its dialogue was written in a way so that makes it important for the audience to follow each line word for word, as each phrase could be interpreted in a “bountiful” of meanings.

A netizen remarked that he had to use too much brain power to understand the dialogue. “Watching [Beauty at War] becomes a chore! No wonder housewives say they can’t understand it!” Another netizen admitted, “I’m very close to giving up. There’s too much going on, yet nothing is really going on!”

Most netizens, nonetheless, gave the series a positive review. They noted that while the series is a bit long-winded and slow, they enjoyed hunting through the hidden messages that tied Beauty at War to the first installment. Some netizens praised the drama for being “non-housewife material” and encouraged TVB to film more “deep” dramas in the future.

160 comments to TVB Viewers Too Stupid for “Beauty at War”?