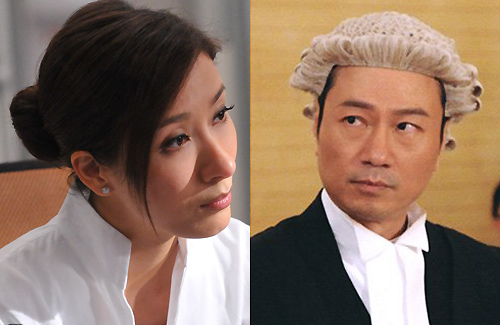 With its finale scheduled for this Sunday, November 24, Will Power and its cast have only limited time to make one last impression before the Anniversary Awards next month. While its ratings have remained consistent, averaging 26 points every week, the legal drama has yet to generate the interest typical of past Anniversary series. Last week, Will Power made a one-point improvement, averaging 27 points. The show also received 33 complaints, many of which attacked its legal inaccuracies and recycled story lines.

The Hippocratic Crush 2 also earned mediocre ratings despite the fact that its popular predecessor achieved a 30-point average early in its broadcast. Currently in its third week, the once-anticipated sequel merely averaged 26 points during week two. While TVB had proudly highlighted its efforts to accurately portray medical procedures, local physicians have stepped up to proclaim otherwise. One of the doctors even established a website to warn the public about some of the incorrect medical information.

Aside from the technical errors, some of the 24 complaints received last week called the production unprofessional and illogical. Netizens were quick to point out blatant set mistakes. One discovered that the hospital bed’s call buttons were actually printed stickers.

Viewers were also unhappy that one of TV’s most beloved on-screen couples, Kenneth Ma (馬國明) and Tavia Yeung (楊怡), did not have enough screen time on the show. Addressing the complaints, Tavia believes that her given screen time was appropriate and urged viewers to hang on until the end. “[Viewers] can’t possibly wish to watch only Kenneth and I for an entire series. They may then complain that we appear too often. [The show] must introduce the new characters’ relationships. Be patient everyone.”