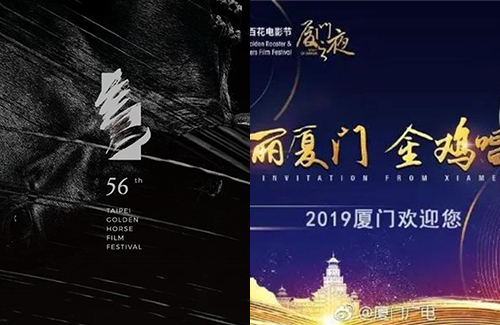 This year, Taiwan’s very own Golden Horse Awards, known as Asia’s Oscars, will be running on its own. Due to rising political tension between China and Taiwan, many Chinese artists are backing out of Taiwan’s film ceremony, including Hong Kong as well. Even Hong Kong director Johnnie To (杜琪峯), who was announced to serve in Golden Horse’s jury, had to resign his position days only after accepting it.

But these stars are not listed to be attending the Golden Horse Awards.

Hong Kong’s The White Storm 2 – Drug Lords <掃毒2天地對決>, which stars Andy Lau and Louis Koo, was originally nominated for a Golden Horse award, but due to pressure from China, the film gave up its nomination.

However, these films will reportedly be competing for awards at the Golden Rooster Awards.

But this list is still rumored and may not be true at all. Mason Lee was reached out for comment about the nomination and guest list, to which his manager said, “We never received an official invite. We have no idea what’s going on. He’s in America right now and is staying there for a while.”

1 comment to Is China’s Golden Rooster Taking the Industry from Taiwan’s Golden Horse?