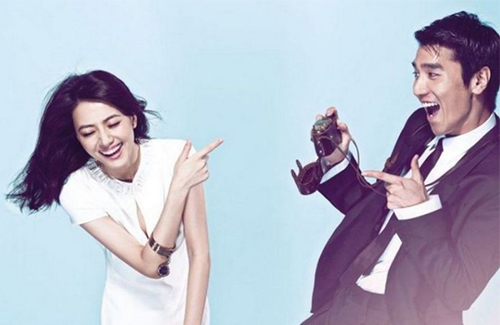 “A beautiful day to welcome a beautiful new life,” wrote Mark. “Mother and daughter are healthy. Thank you all, Mark.”

Mark’s short message received thousands of congratulatory messages in less than 30 minutes after its initial post. Netizens and friends alike are all excited for the new family of three!

Mark and Yuanyuan’s relationship started to blossom in 2011, soon after collaborating in the film Caught in the Web <搜索>. In 2014, after over two years of dating, Mark and Yuanyuan officially tied the knot. With Yuanyuan being a few years older, their age difference was a hot topic among gossip forums.

Yuanyuan’s pregnancy was confirmed by Mark in April 2019, after a few months of speculation. He said, “Every time we are greeted by everyone’s concerns, our answer would always be: ‘let nature take its course,’ Now, we can finally say that, yes, it’s happening. Thank you all for your blessings!”