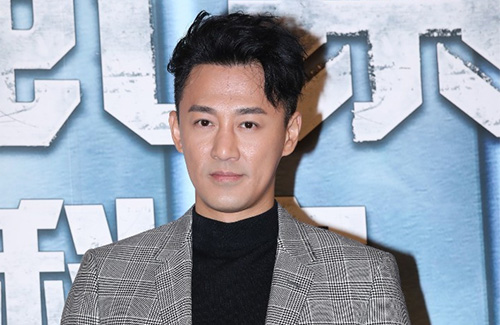 “It’s been almost 20 year since my debut,” said Raymond, who graduated from the TVB Artiste Training Class of 1999. “I can finally play a role that I’ve never done before.”

Raymond portrays the film’s main villain. Although the 38-year-old has had his fair share of playing morally ambiguous characters before, his role in L Storm is a psychopath, and is what he likes to describe as purely evil. He said, “I’ve always wanted to play a character who legitimately crazy and psychopathic. This year, I got to play a few breakthrough roles, especially this one.” 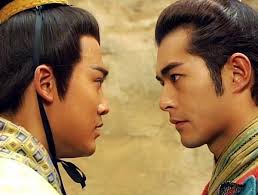 L Storm is Raymond and Louis’ first official collaboration since the 2001 TVB drama A Step into the Past <尋秦記>. The duo will collaborate again soon for the film version of the TVB drama, which starts production next year. “[L Storm] is kind of like our warm-up for next year,” said Raymond. “Louis has taught me a lot, and I’m grateful that I get to try so many different things.”

The actor is excited for the upcoming year, sharing that he has wrapped up a few interesting films. “I hope to be able to show everyone different sides of me. Freshening it up a bit.”

On whether or not he has action scenes with Louis, Raymond said, “I have a lot of action scenes in this film. When I first started work for this film, I assumed that because I had a gang, I’d be able to just step back so they’ll fight for me. Turns out I actually had to fight.”

Raymond tried to dodge questions about his girlfriend Carina Zhang (張馨月), but in the end indirectly admitted to the relationship. He said, “Besides work, I’ve also been doing well in my private life. I got split time between family and the people I care about. Thank you all for your concerns. Everything is well.” When the press tried to ask more questions about Carina, Raymond said, “I really don’t want to say more if it’s not about work. Thank you all for your concerns. I hope everyone will pay more attention to my new projects, because I’ve been working really hard on them.”