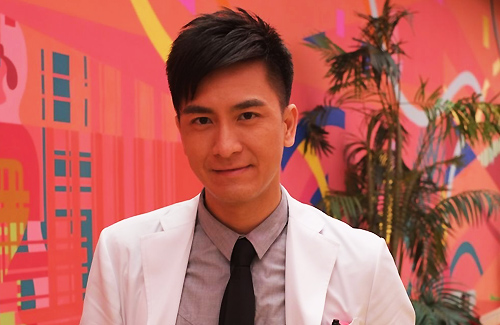 The much-anticipated TVB 46th Anniversary Awards Ceremony will take place on Monday, December 16, 2013. The Best Actor and Best Actress awards will be half voted by the public and half decided by a professional group of judges consisting of backstage crewmembers such as directors, producers, and editors. Currently, the top nomination lists of the night’s main awards are being finalized and will be revealed next week. All nominated artists will be invited to a press conference on Friday, November 29.

Last year, Ben Wong publicly expressed disappointment in not having been nominated for his popular villain role in Highs and Lows <雷霆掃毒>. Since the role was well received and viewers praised his acting, Ben had expected some achievement. However, he was greatly upset when he did not even stand a chance to win an award. Rumors have it that Ben is likely to be nominated this year for his performance in either A Great Way to Care 2 <仁心解碼Ⅱ> or Always and Ever <情逆三世緣>, which were both relatively successful dramas.

When asked about his feelings, Ben carried an indifferent attitude towards the awards. He expressed, “I had my hopes too high last year, so I’m not going to think about it too much this time. Compared to Always and Ever, I like my character in A Great Way to Care 2 more. Unfortunately, the series was broadcast near the beginning of the year, and the hype has faded.” Speaking of his colleagues, Ben believes Edwin Siu (蕭正楠), Ngo Ka Nin (敖嘉年), Raymond Cho (曹永廉), and Pal Sinn (單立文) stand high chances of being nominated.

Sire Ma to be Nominated Although Frozen by TVB?

After her recent lesbian relationship scandal, Sire Ma is reportedly frozen by TVB for two months. She has since been absent at all public events, including the Anniversary Gala held last week. However, tabloids claim the rumors will not affect her chances of winning an award this year. Allegedly, Sire’s name will still appear on the nomination lists for her roles in Bullet Brain <神探高倫布> and anniversary series, Will Power <法外風雲>.