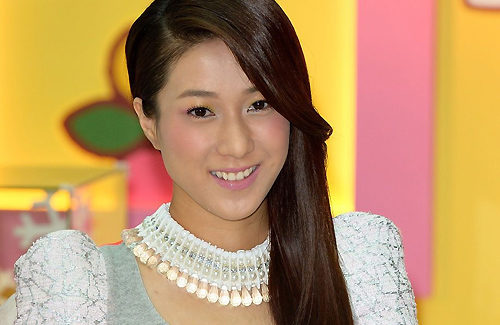 TVB’s 2014 Sales Presentation <無綫節目巡禮2014> is scheduled to air on November 7. An annual event, the Sales Presentation aims to attract potential sponsors and advertisement dollars by showcasing the company’s major productions set to be released in the following year. On October 1, reports surfaced outlining several drama series that will participate in this year’s event.

One of the newly announced series is Tsui Ching Hong’s (徐正康) Big Apothecary <大藥坊>. Set during the Republic era, the series will star Linda Chung (鍾嘉欣), Ruco Chan (陳展鵬), Natalie Tong (唐詩詠), and Raymond Wong (黃浩然). The four will be involved in a complex love conflict. Linda plays the daughter of the great apothecary’s wealthy owner. The apothecary later becomes involved in serious problems, causing Linda’s family to lose their wealth and status. At the same time, her town suffers from several widespread epidemics. Linda then uses her medical knowledge to treat the locals and wins acknowledgement despite women’s low social status during that time. Some compare the series to popular Korean drama Jewel in the Palace <大長今>.

TV King Wayne Lai (黎耀祥) will appear in at least two series next year. First is The Five Eunuchs <太監五虎>, a sequel to last year’s The Confidant <大太監>. Raymond Wong, Edwin Siu (蕭正楠), Power Chan (陳國邦), and Raymond Cho (曹永廉) will reprise their roles in a story about the eunuchs’ struggles adjusting to life as regular citizens after the fall of the Qing Dynasty.

In addition, Wayne will appear with Joyce Koi (蓋鳴暉) in Water Hair and Rogue <水髮胭脂>, a title possibly referring to the hair and makeup of Cantonese Opera, which Joyce is known for. Wayne and Joyce will play a romantic couple in this series.

Moses Chan (陳豪) and Myolie Wu (胡杏兒) are scheduled to film modern series Together We Walk <陪着你走>. Myolie reveals that her character becomes blind due to a car accident, and will rely on the care of loving boyfriend Moses.

In addition to the above, the Sales Presentation will also preview a brand new Lee Tim Shing (李添勝) series. A Qing dynasty comedy, the series will star Kenneth Ma (馬國明) and Tavia Yeung (楊怡).