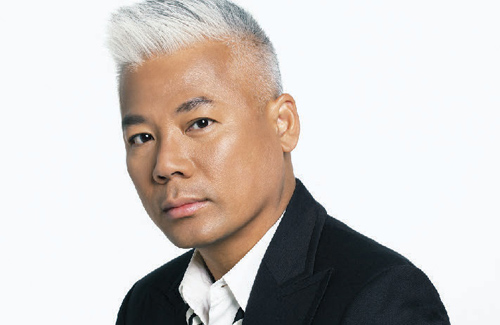 Award-winning singer and producer Eric Moo (巫啟賢) sends a letter of gratitude to his old friends in his latest single, “Friend, Oh Friend” <朋友啊朋友>, the theme song for his upcoming concert Back to Innocent <重回巫啟賢演唱會>. The single is co-produced by Eric, Chan Mei Wai (陳美威), and Jonathan Koh (許華強); and co-written by Lau Ka Leung (劉嘉亮) and Ma Zhiyu (馬智宇).

Lyrically, the Mandarin-language pop ballad speaks of the beautiful qualities of friendship and the joys of walking alongside each other through the years. The song also sends a message to Eric’s friends, thanking them for their support in the past thirty years.

“The Back to Innocent” concert, which will be held in the Hong Kong Jockey Club Amphitheatre from April 2 to 4, is a dramatic departure from Eric’s usual concerts, most of which have been held at larger sports venues. Eric hopes to emphasize quality over quantity in his new concert, by performing in more magnificently-designed stages, closer interactions with the audience, and hiring over twenty musicians from around the world to perform for his concert’s band and orchestra.

The 51-year-old, who slowly retired from the music scene after starting a family in 2000, recently returned to prominence after being featured as a judge in the 2013 singing competition The Voice of the Stars <星夢傳奇>. He was noted as one of the harshest judges at the competition, resulting in some of his critiques being edited out by the show’s producers. He also took in Fred Cheng (鄭俊弘) as his student after the latter kneeled down and gave him a formal bow at his last concert.