Spanning five seasons, international hit drama Money Heist (known in Spanish as La Casa de Papel) is known for its gripping plot following eight thieves who attempt a daring heist and walk off with billions. Netflix has confirmed that a Korean remake of popular series will be filmed this year, and has announced the official cast list.

A solid production crew–including director Hong Sun Kim, who helmed Voice Season 1 and The Guest, and scriptwriter Ryu Yong Jae (劉勇在), who was behind Psychopath Diary <精神病患者日記> and My Holo Love <我的全像情人>–got fans heaving with anticipation.

Generating further hype for the series, Netflix recently announced the cast lineup including acclaimed actor Yoo Ji Tae of Healer fame as the Professor, the genius mastermind who leads the robbery of the royal mint. Prison Playbook actor Park Hae Soo as Berlin, the conceited and cunning leader of the heist gang. Joining them is up-and-coming 22-year-old actress Jeon Jong Seo, set to play protagonist/narrator Tokyo.

Other members who will perform the heist include Kim Ji Hoon, last seen as a perverted killer in hit K-drama Flower of Evil, as Denver. Jang Yoon Ju will star in her first-time role in a dramatic series as counterfeit currency expert Nairobi. The Uncanny Encounter’s Lee Gyoo Ho will play the role of army veteran Oslo. Love Playlist’s Park Jung Woo will portray the youngest hacker Rio, while Kim Ji Hoon will appear as Helskini. Roped in as captain of the special police task force team is Kim Yunjin, while Kim Sung Oh, who had a stellar turn in Fight for My Way will join as well.

Actor Park Myung Hoon, who delivered memorable performances in Parasite and popular series Crash Landing On You, will play a hostage as director of the mint (Arturo Romá in the original series). Lee Joo Bin, seen in She Would Never Know will play another hostage, the Korean counterpart of Mónica Gaztambide.

With the upcoming Korean adaptation cast looking spot-on in their black-and-white character stills, fans are equally excited and curious about the localized plot developments. Filming for the 12-part series is expected to begin in the first half of the year, while the broadcast date has yet to be confirmed. 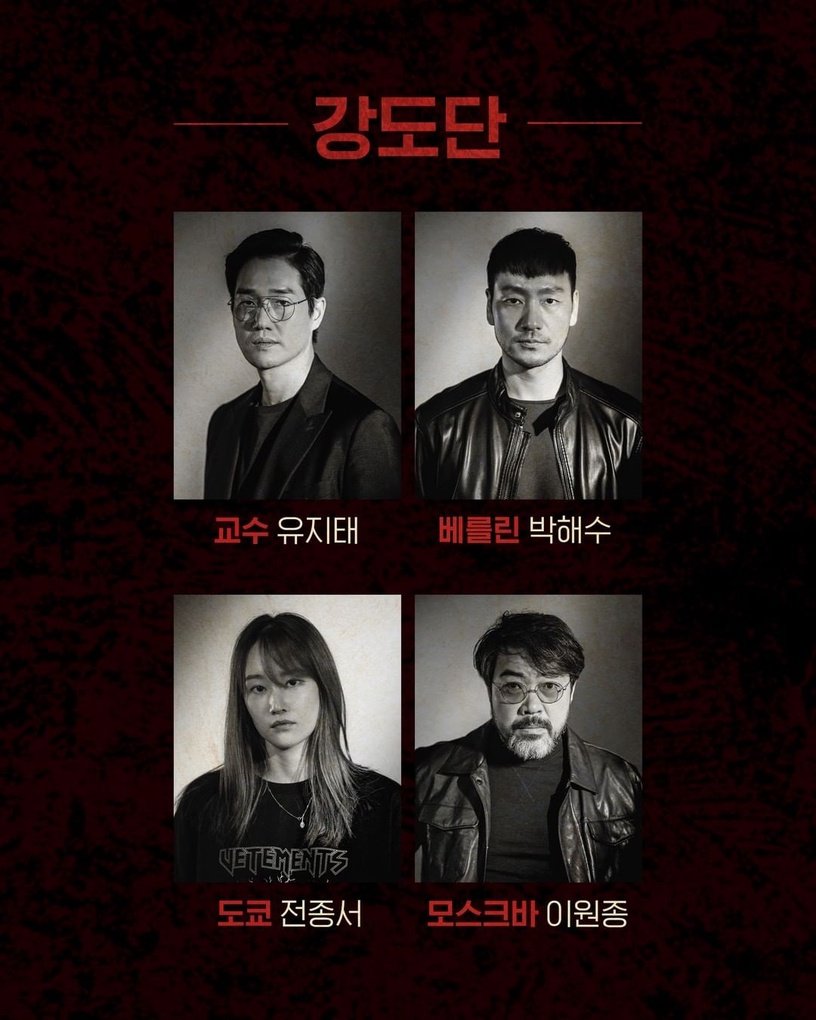 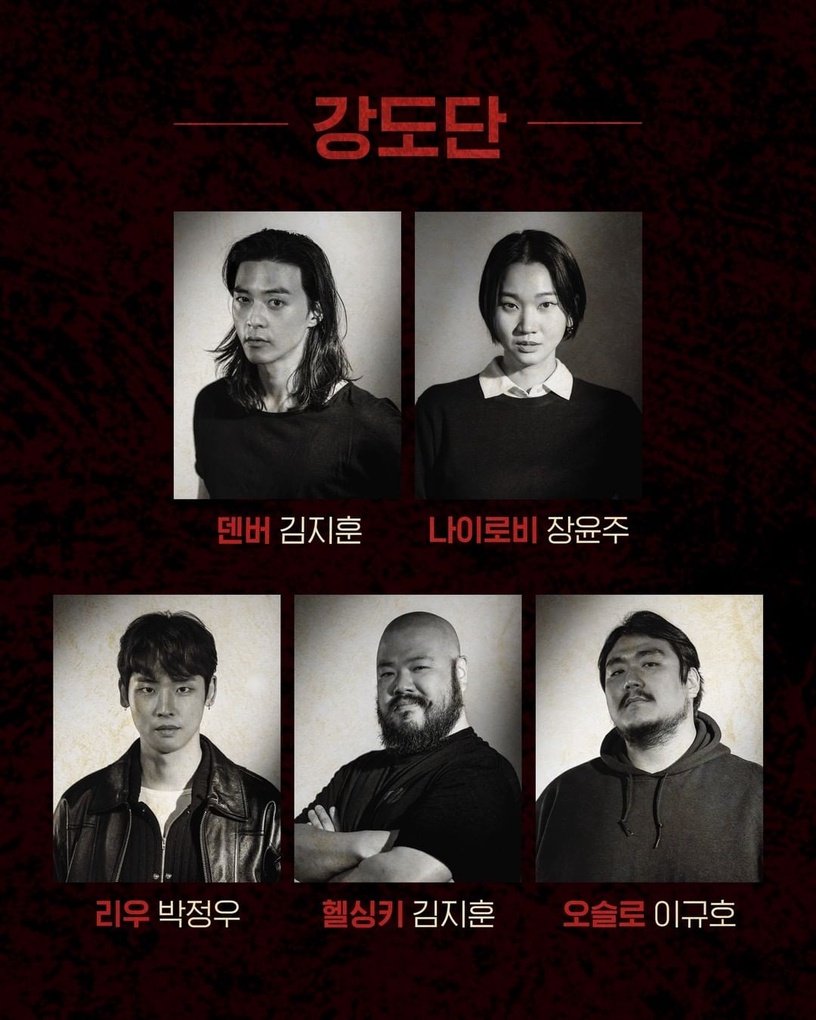 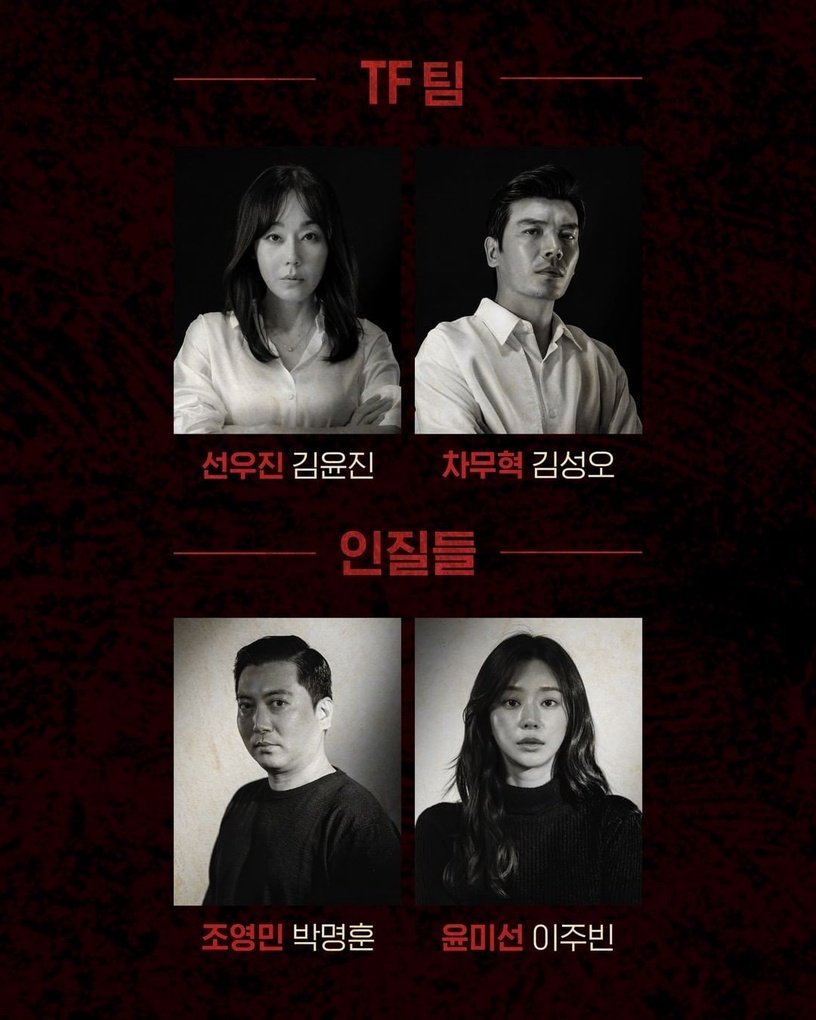