Synopsis of TVB’s “Will Power” 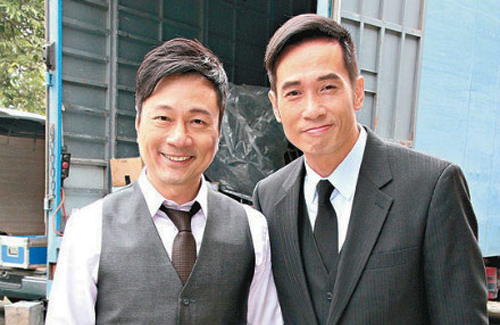 Helmed by returning TVB producer Tsui Ching Hong (徐正康), best known for his acclaimed TVB dramas such as War of the Genders <男親女愛> and the Justice Sung series <狀王宋世傑>, the upcoming TVB legal drama Will Power <法外風雲> is slated to premiere on October 14, 2013.

Produced at 32 episodes, Will Power stars Wayne Lai (黎耀祥) and Moses Chan (陳豪) as lawyers Yu and Lee respectively, two of the most accomplished solicitors in Hong Kong. Yu and Lee are strong competitors, often stepping over boundaries to defeat each other in court.

After almost losing his life in a risky case, Yu reexamines his own life; his change for the better touches experienced lawyer Lo (Elliot Ngok 岳華). Lo recruits Yu into his chamber and leaves him in charge of an important case. On the surface, the case appears to be a simple inheritance battle of a wealthy family. After much investigation, Yu discovers that his own pupil, Ching (Jason Chan 陳智燊), is involved.

On the other hand Lee, who is heavy in debt, has no choice but to return to work for his pupil-master’s (Chung King Fai 鍾景輝) chamber after losing his own business. Lee partners up with his pupil-master’s daughter trainee Shum (Fala Chen 陳法拉) to solve cases.

Shum is in a longtime relationship with Sung (Vincent Wong王浩信), a rich second generation. Unlike Shum, Sung is lazy and lacks the incentive to do well in life.

Yu and Lee meet in court again, only to discover that their case’s chief judge is Luk (Christine Ng 伍詠薇), Yu’s ex-wife and Lee’s ex-girlfriend. A dramatic legal battle ensues.

54 comments to Synopsis of TVB’s “Will Power”