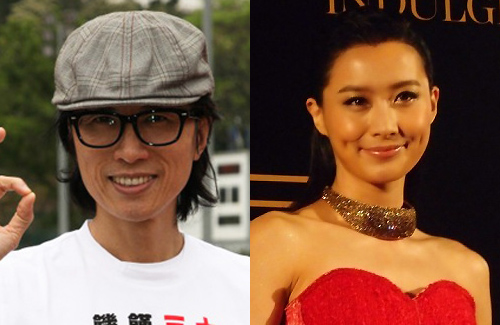 Dayo Wong (黃子華) and Fala Chen (陳法拉) are cast as the main leads in Ronald Cheng (鄭中基) and Gordan Chan’s (陳嘉上) upcoming $80 million HKD blockbuster comedy, Cheung Po Tsai <張保仔>. The movie originally intended to star Louis Koo (古天樂) and Shu Qi (舒淇), but their schedules unfortunately did not work out in favor. Cheung Po Tsai is estimated to begin filming in Guangzhou at the end of April.

In the movie, Dayo and Ronald will be portraying a pair of hilarious pirates. With the cast’s fresh sparks of chemistry and Dayo as lead, the film hopes to hit high viewership ratings.

Initially, Dayo planned to spend the upcoming months preparing for his stand-up comedy at the end of the year. When he was contacted about Louis’ drop from Cheung Po Tsai and asked if he could take the role, Dayo decided to save some time aside in order to participate. On the other hand, Louis’ schedule is extremely busy with three movies waiting for him, including Triumph in the Skies <衝上雲霄>, The Principal of Five Kids <5個小孩的校長>, and SPL 2 <殺破狼2>.

When reporters approached Dayo’s manager, May, to ask about his situation, she expressed, “Dayo accepted Cheung Po Tsai because he is great friends with Gordon and Ronald. They asked for his help and accommodated his schedule. They said it would only take one and a half months and should not affect his stand-up comedy at the end of the year. With that, Dayo agreed! But after this project, he is really not going to be up for anything else!”

Note: This article was modified on April 21, 2014 to note that Cheung Po Tsai is a film, rather than a series as initially reported.