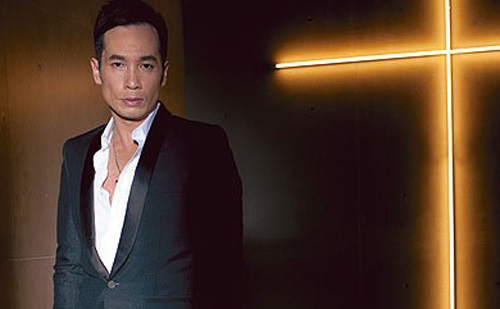 Hong Kong’s most sensational magazine awards, the 2012 Next Magazine Awards for the Top Ten Television actors, were revealed yesterday. The faces in the top spots were regular TVB artists who have been on the list for years, with a slight realignment in their respective positions.

After breaking up with Bernice Liu (廖碧兒 ) last year, Moses was dubbed as a “Diamond Bachelor.” However, he did not remain single for long, as he fell in love with Aimee Chan (陳茵媺). Moses and Aimee have been sweetly in love, both privately and publicly ever since. Although it has been one year since Charmaine ended her management contract with TVB, her past dramas such as My Sister of Eternal Flower <花花世界花家姐>, When Heaven Burns <天與地> and Let It Be Love <4 in Love> have been recently broadcast in TVB, thus local audiences have not been able to truly feel her absence yet.

Charmaine has adjusted well in spending more time filming in mainland China. “It’s true that I am in Hong Kong less now. At first, I thought that will not be able to adjust, but my adaptive skills are very strong. I have grown to enjoy filming in mainland China very much. The work hours are not as long, which offers me more personal time. I feel more relaxed now….”

Despite winning the TV Queen title, Myolie did not act like a diva and was instead very respectful and enthusiastic when she discovered that she was voted as one of the Top Ten Television Actors in the 2012 Next Magazine Awards. Waking up at 4 AM to have her makeup applied for the photo shoot in Suzhou, Myolie demonstrated her professionalism. Myolie has been spending increasingly more time filming in mainland China recently. Since Forensic Heroes 3 <法證先鋒 3> was last year’s “ratings king” last year, Maggie easily slipped into the fourth spot in the 2012 Next Magazine Awards. This year will be a new beginning for Maggie as she will partner with new Hong Kong television station, City Telecom (CTI). Leaving behind TVB, a company where she had worked for 17 years was a good change for Maggie, allowing her to broaden her vision.

Maggie said, “I think it is a good thing to have more television stations in Hong Kong. It is normal to change jobs. In a new environment, there are definitely new things to learn. When I filmed in China, I saw how serious the production teams in mainland China were, broadening my vision!” Maggie indicated that she left on good terms with TVB management was not afraid that the company will put her on the “black list” in the future. Linda was known for her superb crying skills, which were able to pierce the audience’s heart, as demonstrated in Yes Sir, Sorry Sir <點解阿 Sir係阿 Sir> and L’Escargot <缺宅男女>.  Linda stated, “Each time I film crying scenes, those are my real tears. If I cannot move myself emotionally, then I will not be able to move the audience.” Linda indicated that she wished to move away from tragic roles and take on riskier roles such as being a villainess or murderer.

Among TVB siu sangs, Bosco Wong was considered to have good potential. In Lives of Omission <潛行狙擊>, he was able to hold his ground alongside “Laughing Gor” Michael Tse (謝天華), while continuing to forge a budding career in Hong Kong movies. Producer Eric Tsang (曾志偉) often cast Bosco in his  movies, while publicly praising him.

Bosco stated, “I never considered myself to be an idol.” Thus he never intentionally covered his love relationship with Myolie Wu, often speaking of her in past interviews before the pair took their relationship above ground at last year’s TVB Anniversary Awards. In fact, Bosco has been referring to Myolie recently as, “My woman at home” indicating their sweet, intimate relationship!

Since the broadcast of The Hippocratic Crush <On Call 36小時>, Kenneth’s handsome doctor image made the ladies swoon. His popularity shot up significantly and he has been dubbed as a “diamond bachelor.” Not possessing a smoking or drinking habit, the clean-cut Kenneth was eager to deny such a label, stating, “I am still a good distance from being a ‘diamond bachelor.’ Since I am not a property owner, I do not qualify based on financial grounds!” Among Tavia’s recent professional roles, her favorite was playing doctor in The Hippocratic Crush <On Call 36小時>. Tavia stated that the role of a doctor was very positive, allowing her to convey the compassionate nature of the profession. Filming for The Hippocratic Crush was especially enjoyable, since Tavia and Him Law’s (羅仲謙) romantic sparks allegedly sprouted on set.

Tavia smiled and said that she met many new friends while filming the drama. Asked if she had chemistry with Him, Tavia replied, “Of course. Aside from him, there was chemistry with every cast member….” With the positive reception of The Hippocratic Crush, perhaps Tavia had an early leading edge in this year’s TV Queen race. Last year was a spectacular year for Kevin, since he appeared in hit dramas, Ghetto Justice <怒火街頭> and Bu Bu Jing Xin <步步驚心>.  Kevin’s popularity was incredibly high in mainland drama, with his rumored filming fee at $300,000 Yuan per episode, which was similar to Huang Xiao Ming’s (黃曉明) fee. In the last TVB Anniversary Awards, Fala Chen was tagged as Myolie Wu’s strongest competitor for the TV Queen Award. Negative rumors ensued, Fala lost out on the award, and she suffered facial nerve pain. Currently, she was still in rest mode, sleeping a full 8 hours each day. She watched numerous movies and read books to improve her acting perspective during this period. Jayne: It’s the second year that Raymond Lam has been left off the Next Magazine Awards! Quite impossible, as his popularity is still very high in Hong Kong! Is Next Magazine on strike against Raymond?

And where is Wayne Lai??

Btw, last year’s Next Magazine photo shoot was much nicer, in which the artists wore evening gowns. This year’s photos look quite plain.