Benjamin Yuen Denies He Has a Girlfriend 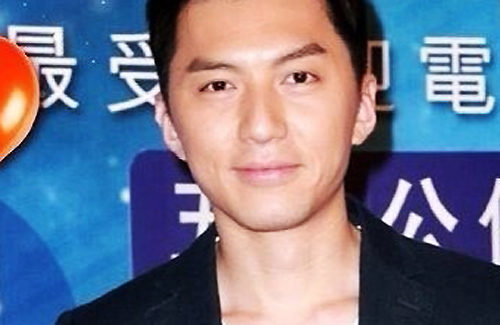 Unlike many newcomers, Benjamin Yuen (袁偉豪) did not attempt to leave a good impression on the media. When asked to smile and pose for a photograph, the 32-year-old insisted that he preferred posing with a stern look. When the photographers asked him to look like a “big guy,” Benjamin ignored the request and posed freely on his own.

Benjamin has a strong character. Born with the looks of a fighter, he rarely smiles or laughs while at work. Interested in a singing career, Benjamin signed up for TVB’s singing competition Star’s Legend <星夢傳奇>, but although his deep voice has attracted a few listeners, he was ultimately eliminated from the show. Nonetheless, the TVB star did manage to earn some fame – going overseas to earn some stage money should be no problem.

It was a miserable feeling for Benjamin when the Star’s Legend judges criticized his performance, but good medicine tastes bitter. He assured, “The judges were putting money in my pockets. I will definitely make the changes and improve. After, I’ll find the opportunity to perform again.”

Benjamin understands that the program is for entertainment purposes and participants must put down his ego and pride in order to humbly accept criticism. Benjamin lost once when he was eliminated from the Mr. Hong Kong finals in 2007, but a simple “resurrection” segment ultimately brought Benjamin his Mr. Hong Kong crown.

Indeed, the Mr. Hong Kong winner has been through several life-threatening experiences before. Benjamin has a large scar on his back, which was a token of childhood rowdiness – he crashed onto a glass door, and a piece of glass stabbed into the right side of his spine. “My family really thought that if I didn’t die from that, I’ll definitely be paralyzed. But luckily, none of that happened.” After that incident, his family changed all glass doors in the house to plastic doors.

When it comes to the entertainment industry, some of these crashes cannot be avoided. Benjamin, who turned 32 years old in May, is still struggling to climb to the top. But Benjamin expressed that he has no fear of being late – just a fear of women slowing him down and undermining his future.

Caught on a shopping date with a mysterious woman, Benjamin was also rumored to be getting married next year. Benjamin immediately shook his head, “I never said I was in a relationship!” Asked if he would have to notify his girlfriend beforehand about his passionate kissing scenes with Joey Meng (萬綺雯) in A Change of Heart <好心作怪>, Benjamin said, “If I do, then she isn’t the right one for me.”

When recalling his first kissing scene with Joey, Benjamin expressed that he was not very familiar with Joey at the time and it was awkward. “I thought I was nervous, but she was shaking more than me.”

Benjamin also expressed that he wishes to open his own production studio, admitting that he does not wish to act forever. In his free time, Benjamin likes to spend time with the production and gain insight on behind-the-scenes work.

12 comments to Benjamin Yuen Denies He Has a Girlfriend