Benjamin Yuen Reveals Bowie Cheung Was Interested in Him First 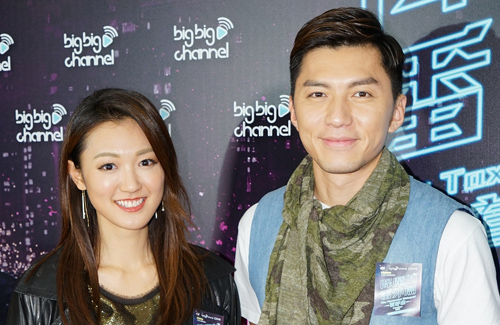 As 2018 reaches an end, Benjamin Yuen (袁偉豪) recently guested on a radio show to reflect upon the good and bad times of this year. He talked about how his relationship with 2016 Miss Friendship winner Bowie Cheung (張寶兒) had started, described their current dating life and specially thanked her for staying beside him when his father passed away this year.

Losing his father in May, Benjamin had experienced an overwhelming grief. Blaming himself for being unable to see him for the last time and having to quickly learn that he is now the one responsible for supporting the family, he had suffered immense emotional stress. During this time, Bowie had stayed beside him and his family in support, which had made Benjamin feel incredibly thankful. “I’ve experienced many things in 2018, and I think what’s the most difficult thing to wish for in life is really having someone to be beside you during any situations; experiencing with you, sharing and facing it with you. It’s a very rare happening.”

How His Relationship with Bowie Began

The 37-year-old actor said he first met Bowie while filming All Work No Pay Holidays <打工捱世界>. He described her as a happy treasure, whose bright personality and cheerful demeanor had them talking often on their jeep rides in Africa. He pointed out that Bowie was the one who boldly asked him out. He said, “Bowie and I talked about it, and we determined that she was the one who flirted with me first. Ha! Because of her first comment, ‘Your lifestyle is quite like a foreigner’, it had me guessing she might be interested in getting to know me more.”

Though, some fans are still reluctant in accepting Bowie as his girlfriend, which especially intensified with the negative backlash during the passing of Benjamin’s father, the couple still remains unaffected and continues to publicly showcase their love for each other. When asked if he had found his destined partner, Benjamin admits that he believes it to be Bowie, and does not want to make the same mistakes as before in his past relationships.

“A lot of friends ask me when I’ll get married, but there’s no need to rush. I’ll announce it when it’s the right time,” Benjamin said.