Carina Lau Sighs To Give Edison Chen Another Chance 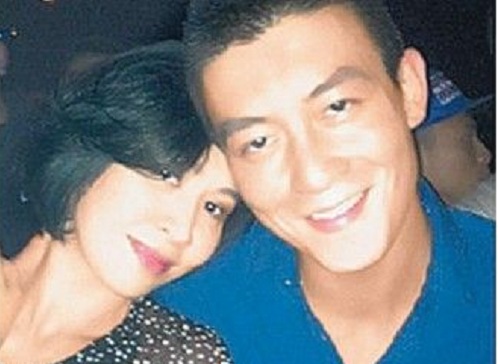 The day before yesterday, Carina Lau (劉嘉玲) went to Chengdu to attend a promotional event and accepted an interview with the mainland media, explaining her earlier move on Weibo of uploading an intimate “face rubbing against face” photo taken with Edison Chen (陳冠希). The said photo incurred rife discussion amongst the netizens, who were worried that Carina’s taking of the photo with Edison would follow in the tragic footsteps of Cecilia Cheung (張栢芝) and Nicholas Tse’s (謝霆鋒) marriage and eventually end up in divorce.

Carina expressed that her act of publicly disclosing this photo was to tell Edison that he’s great, remind Edison that he still has friends around him and that anything negative is only those that are hiding in the dark, looking at him. Carina professed that she had seen Edison grow up, saw him experiencing some test in his life and that he (Edison) had already paid his dues. Thus, she hoped that the outside world would give Edison a chance for rebirth.

When mentioned of netizens worrying about her marriage, Carina smiled and said, “I want to thank them. By putting me and Edison together, it makes me feel younger already!” Asked about sources citing that she was rumored together with Edison before and that she was also rumored to be involved in the past sex photos scandal, Carina replied, “Show me those photos; I wish to see them too!”

With regards to rumors that her marriage with actor Tony Leung (梁朝偉) was on the rocks, Carina expressed that every couple also has their own marital problems but the crux was how to go about solving them. Asked when she would conceive a child for Tony, Carina responded, “We did communicate about this. We will leave it to fate and depend on Heaven’s arrangements. Heaven has already given us aplenty.”

Ah K: What do you guys think? Does Edison deserve a second chance at stardom and by the public? Has he paid up his dues as stated by Carina?

Well, I’m not too sure whether Edison has really changed for the better since he previously shouted at a reporter to get out and laughed when his security guard threw that reporter out by the collar. But even criminals get a second chance at life so maybe Edison should be given a second stab at stardom by the public too? Hmm…and Carina’s reply that every couple has their own marital troubles but most important is to go around solving it, makes me wonder whether did she and Tony really meet with some trouble in marriage paradise earlier on?