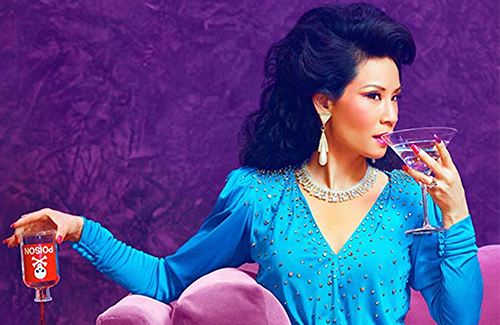 The theme of infidelity is now apparently the hot topic.

Created by Marc Cherry, best known for creating the American TV series Desperate Housewives, is back with another series for the DH demographic. Starring Lucy Liu (劉玉玲), Ginnifer Goodwin, and Kirby Howell-Baptiste, Why Women Kill follows the lives of three women, of three different decades, who deal with infidelity in their marriages. Although the roles of women change over the years, their reactions toward betrayal has not.

Ginnifer Goodwin (Once Upon a Time, Zootopia) stars as Beth Ann, a housewife from the sixties. Behind the kindness and the simplicity is a woman who is secretly suffering in pain. She witnesses her husband Rob (portrayed by Sam Jaeger) cheating on her with a waitress. One night, while eating dinner with Rob at home, Beth tells him, “I was wondering when you’ll die.”

But rather than confront Rob and the other woman right on the spot, Beth chooses to keep quiet, and instead tries re-focus her efforts on being a good wife.

Lucy Liu (Charlie’s Angels, Kill Bill) stars as Simone, a socialite living in the 1980’s, who spends most of her time shopping, partying, and attending charity balls. Her husband Karl (Jack Davenport) adores her and tries to satisfy her every whim. Simone appears to be living in a perfect life, until she discovers that her husband’s lover is a man. Her world crumbles before her, and Simone copes with the pain by being unfaithful herself.

In 2018, Taylor (played by Kirby Howell-Baptiste) is a lawyer and a bisexual woman who has an open relationship with her husband Eli (played by Reid Scott). They only have one condition: never bring the other sex partners back home. Taylor eventually breaks it, and brings Jade (played by Alexandra Daddario) back home to meet Eli. Her husband is initially furious, but he starts to develop strange feelings for Jade, and the trio go through a surprising development.

Why Women Kill will premiere on CBS’s streaming service CBS All Access on August 15, 2019.