Marriage rumors have not yet subsided for Ma Sichun (馬思純), and the Golden Horse Best Actress is now said to be expecting a baby.

The rumors apparently started with a netizen claiming to have seen Sichun looking puffy and swollen while eating out with singer Zhang Zhexuan (張哲軒) in England.

The netizen also pointed out that the Film Queen appeared humble “like a maid” alongside her boyfriend, as she would pay the bill for his friends and follow after him when leaving the restaurant. Sensing Sichun is neither adored or cherished by her boyfriend, many could not help but sigh, “love really makes one blind.”

Since Sichun’s relationship with Zhexuan got exposed in March last year, fans have never shown support and even urged the actress to break it off soon. They had dug up Zhexuan’s past history and discovered that he has a poor reputation, due to his manipulative dating behaviors involving unprotected sex and living as a “Soft Rice King” when he dated a rich second generation.

This article is written by Minna for Jaynestars.com. 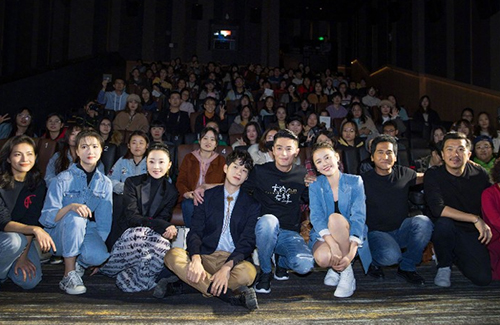