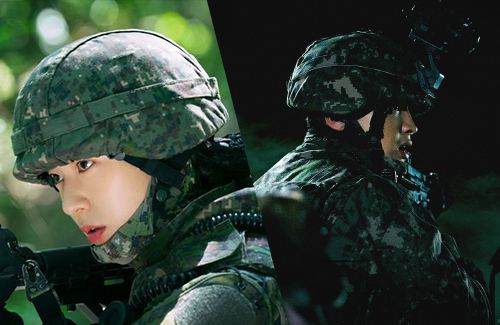 When one hears K-drama, one would immediately think about romantic comedies or family tragedies. Search is none of the above, and it’s definitely catching the nation’s interest.

To prepare for his role Jang Dong Yoon spent over two months training with his military dog who only understands commands in the Turkish language. He praised the dog for being very patient with him, and added that he is a better actor than himself.

As for working with Krystal, Jang Dong Yoon said he is a huge fan of her girl group f(x), a band he has been listening to since before his debut. He added that it’s definitely a dream of his to work with his idol.

Search is currently airing on OCN every Saturday and Sunday.