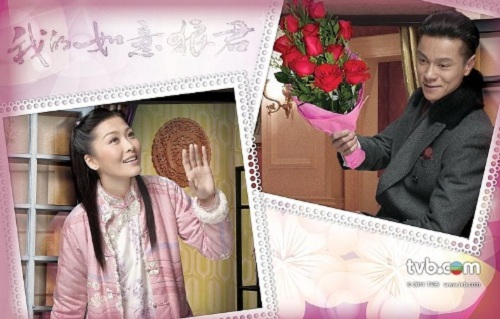 This story is about Raymond Wong and Niki Chow’s characters who met in the orphanage. They became the best of friends. However, after a while, Raymond was chosen by a couple to be adopted by them. Both of them were very sad, making a pact to meet at a place after 10 years.

However, Raymond was much smarter than her children. Rebecca decided to kick him out of the house. Before leaving, Raymond overheard her conversation with the maid and their failed plans to trick her husband. In order to stop Raymond from informing her husband that she had tricked him all this time, Rebecca pushed Raymond into the river to kill him.

After 20 years, Raymond came back to take revenge on the Ko family. At the same time, he vowed to find the whereabouts of his childhood friend.

To fulfill his revenge on the Ko family, Raymond used Elaine Yiu. At the same time, he met Niki but did not realize she was his long-lost childhood friend and used her to get close to Elaine too.

Bottled Passion is one of the dramas that I will continue watching episode after episode to find out the ending. I love the story so much that I will be rushing home from work to continue watching it. I love the interaction between Raymond Wong and Niki very much. Jack Wu and Niki also makes a nice couple. I especially feel so touched during the part in which Niki took out the child clothes and told Raymond that he doesn’t have to look for Ngau Lai Tong anymore. Raymond Wong played a very cool character here. He tried not to show much emotion as he was a cheater here. But I love the pairing of Niki and Raymond as it was a new and fresh pairing.

I never paid much attention to Jack Wu’s past dramas, but I really loved his character in Bottled Passion. He was such a nice guy.  Although he liked Niki and knew that she loved another man, he still helped Niki every time she asked for help.

She’s a smart girl but still controlled by her mother. However, I dislike her in this drama as I feel her acting is so-so only. Her hairstyle is not nice either.

They played a pair of husband and wife. Raymond Cho portrayed Niki’s elder brother. I thought they will play the evil characters but Raymond Cho was a very loving brother towards Niki. Although he was the elder son, but he was not jealous that his mom let Niki be the head of the factory as she was the capable one.

Claire was always complaining in this drama but when there was conflict, she always sided with her family and never once betrayed them. I love this couple too. This review was written by Jules, a Contributing Writer at JayneStars.com.