The family-friendly series also stars Priscilla Wong (黃翠如) as Yan, an enthusiastic crime fighter who quits her job as a police officer to become an private investigator. She reluctantly partners up with Sing Jai, but despite their initial differences and dislike towards each other, they grow to become very close friends, becoming a crime-fighting dynamic duo. 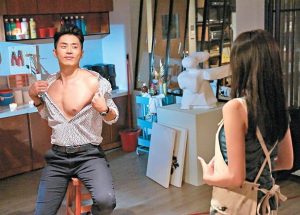 “It was a tough drama to film, but I had a great time with everyone,” recalled Sammy. “There were a lot of action scenes that required the wire. I remember climbing up a few floors outside of a building. I also remember jumping off a roof of a car to fight our action choreographer. I messed up on the landing and injured my ankle. After icing it, I quickly went back to work because I didn’t want to hold back everyone’s schedule. I felt like I was Tom Cruise.”

As for working with producer Ng Koon Yu (吳冠宇), Sammy joked, “He has guts! I can’t believe he casted me to play rat man, and as the number one lead! I didn’t have a relationship line on the show. It’s definitely not a typical TVB drama. It takes a lot of guts to do that!”

Upon hearing that his drama is being hailed as a “legendary drama” for children, Sammy said, “Not just that, but after filming this show, Priscilla and Zoie both got married. I promise that if women also tune in to watch, you’ll have good endings too!” 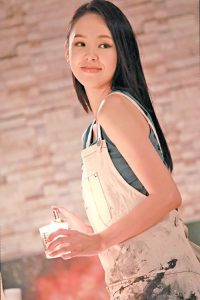 Rather than being a typical love interest for the male lead, Priscilla’s character Yan is portrayed as Sammy’s partner-in-crime. She has many different disguises the show, making Priscilla feel that she was filming a cartoon instead.

“It’s like a live-action cartoon,” he said with a laugh. “Sometimes I’m acting as a rich housewife. Other times Sammy and I are dressed as something else to solve crime. I do think this drama is very suitable for children. The bad guys are all very obvious. Although Sammy’s character isn’t exactly considered a good person at first, he grows to become a hero. This is a perfect family drama for summer!”

Zoie Tam (譚凱琪) plays Nadia, the goddess of Sing Jai’s life. Sing Jai would come up with an endless amount of ways to court her. Zoie said, “Sometimes he would even use his superpowers to get my attention. He knows that I like to paint and stargaze, and he would do anything in his power to help me fulfill my wishes. It gets really funny.” 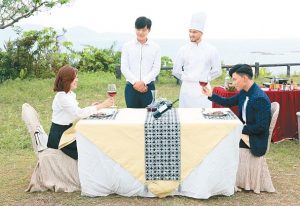 The romantic portion of the series falls on the young couple, portrayed by Kaman Kong (江嘉敏) and Daniel Chau (周志康). Ella’s (Kaman) family is hungry for status and money, and they often send their daughter to mingle with wealthy second-generation kids. But Lucas (Daniel) sees right through her trap, and he would come up with his own ways to prank her. But the more they hated each other, the more they started to grow fond of each other.

On her most forgettable scene, Kaman said, “I remember we had to go rock climbing. I have a fear of heights, and I remember being so scared that my legs went numb. But Daniel made me feel a lot better. He said he was also scared [of heights], but we did it together. In the end, I had a great time.”

Ratman to the Rescue premieres in Hong Kong on Monday, August 16.