Recently ending its run, Korean drama Sell Your Haunted House generated viewer discussions with its exorcism theme theme and the cast’s chemistry. Although it was the first collaboration between 40-year-old Jang Na Ra and CNBlue‘s 31-year-old Jung Yong Hwa and ‘s onscreen chemistry, they worked well together.

Jang Na Ra, who played a quick-tempered exorcist whom she described as very different from her real-life persona, summed up her reflections. “From the cold winter to the end of filming in the hot summer, [filming] was tiring but very rewarding. I was most grateful to play Hong Ji-ah, it’s been tough on her. I had practiced many times before filming, hence the character’s tenacious image as an exorcist was well-received. I was worried as I did not share many similarities with the character…”

Jung Yong Hwa, who plays a con artist pretending to chase away spirits, said, “It felt like it was yesterday that we battled the cold while filming. The drama was a great challenge for me, and being able to complete it successfully was a huge satisfaction, but thinking about it coming to an end left me with feelings of sadness and unwillingness. Many thanks to the actors and crew members that we managed to complete filming.”

Adding that the connection between mediums and spirits and ghosts heighten the meaning in each episode, Jung Yong Hwa felt this differentiated it from the usual spirits-themed productions.

He Grew Up Watching Her Shows?!

When Sell Your Haunted House started filming, Jung Yong Hwa teased Jang Na Ra about watching her onscreen since he was young. His playful vibe and the duo’s friendly interactions have enhanced their onscreen roles as the two turn from enemies to best partners, winning viewers over with their unforgettable performance.

Despite the finale episode’s average viewer ratings ranging from 4 to 6 percent, the engaging plot, quality cast performances and interesting characters have evoked much online discussions throughout and brought viewers lots of joyful and touching moments throughout its run. 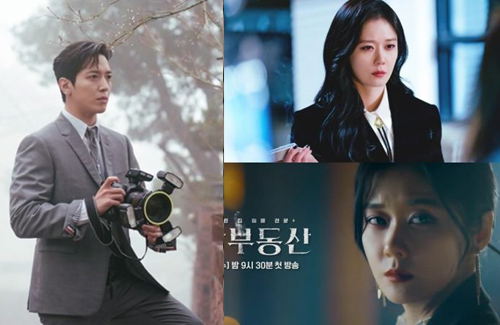 The drama follows Jang Na Ra as a real estate agent and Jung Yong Hwa as a con artist who work together to rid ghosts and spirits from haunted properties.