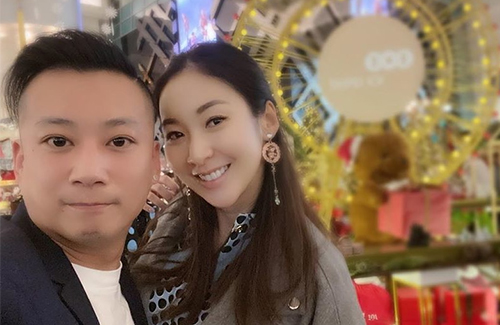 It’s been revealed that TVB actress Jacquelin Ch’ng (莊思敏) has officially applied for a marriage license with her boyfriend Brian Yang (楊秉逸), who is from Taiwan.

Last September, the 39-year-old actress announced on social media that she has been dating 40-year-old Brian, the owner of a bubble tea spot in Taiwan. Within six months of dating, Brian proposed to Jacquelin while they were on vacation in Phuket. Of course, Jacquelin immediately said yes.

Daughter of a wealthy Malaysian family, Jacquelin was raised in Hong Kong. With dreams of being a celebrity, Jacquelin worked as a model while studying at Chu Hai College of Higher Education, and debuted in 2000. In 2006, she started dating Deep Ng (吳浩康), and was rumored to be the third party in Deep’s relationship with Nancy Wu (胡定欣). The pair broke up in August 2011.

Jacquelin was also rumored to have dated businessman Alistair Lam (林忠豪), actor Sammy Sum (沈震軒), and director Patrick Kong (葉念琛), though she did admit that she never had a serious relationship after breaking up with Deep. In an autobiography, Jacquelin admitted that her first five relationships were with women.

8 comments to TVB Actress Jacquelin Ch’ng is Getting Married