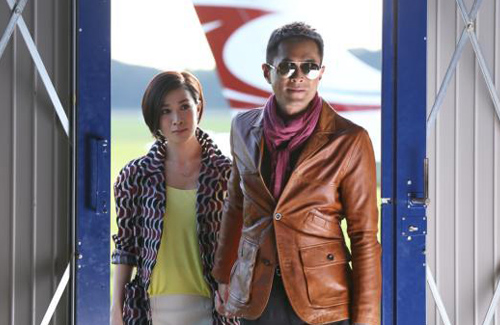 The movie version of TVB’s hit series Triumph in the Skies <衝上雲霄> has finally unveiled its first official teaser. On December 18, Media Asia uploaded the teaser online, offering fans a first official glimpse of the movie, which is slated to be released in 2015.

The teaser did not reveal much of the film’s storyline, but it does unveil its breathtaking scenery amid the backdrop of the iconic theme song, “Songs of Years Gone By” <歲月如歌> by Eason Chan (陳奕迅).

In the film, Francis Ng will have a romantic storyline with Sammi Cheng (鄭秀文), who portrays a rock singer. Louis Koo (古天樂) portrays the owner of airline and plays a couple with Charmaine Sheh (佘詩曼), a flight attendant. Chilam and Amber Kuo (郭采潔) will share a humorous but emotional relationship.

“Triumph in the Skies” Movie Trailer