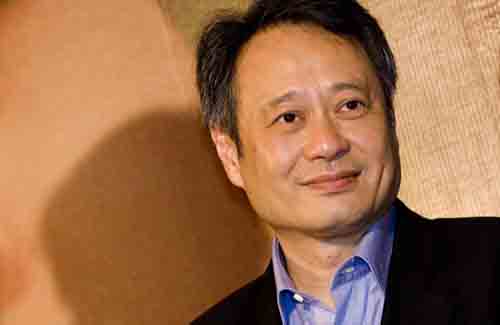 Ang Lee (李安) beat out strong contenders such as Steven Spielberg and won Best Director for Life of Pi <少年PI的奇幻漂流> at the 85th Annual Oscars Awards which took place on Sunday, February 24. The humble director paid special thanks to Taiwan, for which he credited their tremendous support during filming. In honor of the director, Taiwan also proudly displayed Ang Lee’s name in bright lights on Taipei 101, the City’s iconic commercial building.

During his Oscar acceptance speech, the soft spoken Ang Lee said, “Thank you. Thank you so much. Thank you, movie god. I really need to share this with all 3,000 people, everyone who worked with me on Life of Pi. I cannot make this movie without the help of Taiwan. We shot there. I want to thank everybody who had helped us. Especially the city of Tai Chong. My Indian crew, I love you. My Canadian crew, I love you. My family in Taiwan. My wife, Jane Lin. We’ll be married 30 years this summer. I love you. My boys, Han and Mason, thank you for your support. Finally, my agent, Carin Sage and lawyer, Ira Schreck, and Joe Dapello, I have to do that. Especially for this movie, it’s great to have your support. Thank you, the Academy. Xie xie, namaste.”

Many of Ang’s fans in Taiwan were touched by his words and expressed gratitude that the famous director, who chose to film Life of Pi in Taiwan, did not forget his mother country.

Sisy Chen (陳文茜), famed reporter from Taiwan, also praised Ang for acknowledging Taiwan’s contribution to Life of Pi on her blog. “His acceptance speech touched the hearts of many Taiwanese citizens. He knows that Tai Chong is just a small city and even though his director’s dreams are completed in the United States, he never forgot his roots in Asia. Although he has crossed many borders, he never forgot where he is from and is able to relate back to Taiwan!”

Aside from his gratitude towards Taiwan, Ang hoped to fly to mainland China to personally thank local audiences for their support. More than 85 percent of Li of Pi’s total box office receipts were generated outside of the United States, with mainland Chinese box office sales especially strong.

Winning both critics and box office sales, Ang Lee is currently one of the highest sought after directors in the United States and mainland China. Ang was invited to direct Angelina Jolie’s Cleopatra and numerous mainland projects, but he has not decided what his next film will be yet.