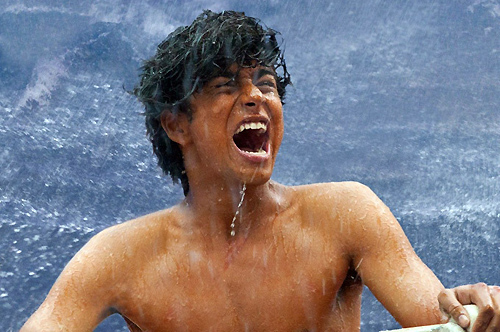 Life of Pi was not always regarded to be such a big box office success. The film has no big stars and features 17-year-old newcomer Suraj Sharma as a shipwreck boy struggling to survive in the Indian Ocean. Its philosophical tones also made the film difficult to market.  It surprised and delighted Ang Lee that his film has become both an audience and critics’ favorite. Life of Pi was recently nominated for 9 awards in the 18th Critics’ Choice Movie Awards and expected to receive Oscar nominations as well.

“At first the film’s investors said the material was too spiritual. The current box office performance has surpassed my own expectations. I’m very happy and thank everyone’s support,” Ang Lee said gratefully.

Life of Pi’s popularity in mainland China remained unchallenged, with weekly sales of $162.40 million RMB pushing cumulative sales past $432.50 million RMB for the week ending December 9. In its third straight week, Life of Pi has no signs of slowing down despite ending its 3D IMAX run, with an average attendance of 41 people per show. It is expected that Life of Pi will break box office records in China after its phenomenal run.

New Hong Kong film, My Sassy Hubby <我老婆唔夠秤2：我老公唔生性>, had a modest opening of $11.1 million RMB in China and $3.21 million HKD in Hong Kong. The film reunites Charlene Choi (蔡卓妍) and Ekin Cheng (鄭伊健) and is a continuation of the successful romantic comedy, My Wife Is 18 <我老婆唔夠秤>.