BTS to Air New Reality Show “In the SOOP” Next Month 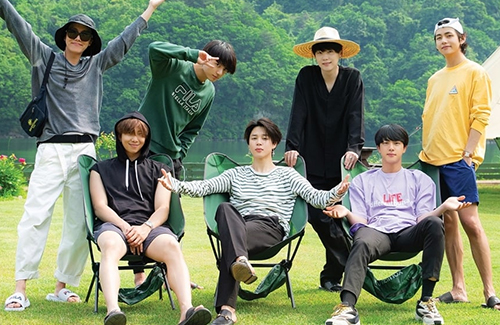 BTS has announced that they will be returning in the form of a new reality show.

The K-pop supergroup announced on July 26 that they will be launching a new reality show, BTS in the SOOP (“soop” meaning “forest” in Korean) on the channel JTBC. Premiering on August 19, 2020 on both JTBC and the platform Weverse, the show will air every Wednesday at 11 p.m., for a total of 8 episodes, with each episode lasting 60 minutes.

In the SOOP features the seven boys coming up with their own schedules to spend some time doing their own leisurely activities while camping out in the woods. For more authenticity, the show is hosted by the members themselves, with little input from the production staff.

This announcement came soon after the group announced that they will be releasing their new English-language summer single on August 21, 2020 across all music media platforms.