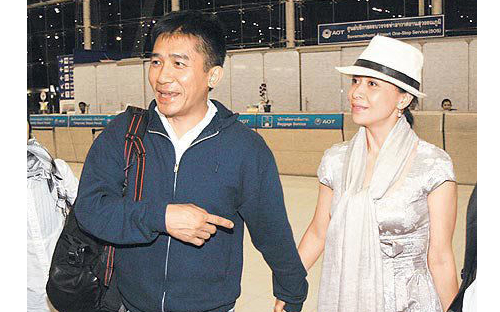 Since their 2008 wedding in Bhutan, Carina Lau Ka Ling and Tony Leung Chiu Wai often showed their public affection and said they wanted to have children. Despite numerous fertility treatments, 44-year-old Carina had difficulty getting pregnant. Due to her age and the complexity of invitro fertilization, many false alarms sounded in regards to Carina’s past pregnancy news. There were also rumors that Carina may find a surrogate mother to carry Tony and her child.

Finally after her efforts, Carina may have met with success. Earlier, Carina was spotted in Central with an obvious bulge in her abdomen, indicative of the four-month fetus she is carrying.

Jayne: Many congratulations to Carina and Tony!