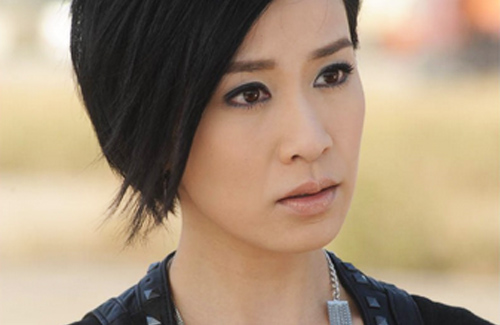 This year’s TVB Awards race is heating up as controversy and speculation surrounds the leaked nomination list. While Kate Tsui (徐子珊) and Tavia Yeung (楊怡) are rumored to be the front runners for the TV Queen award, Charmaine Sheh (佘詩曼) is also a strong contender as her role in When Heaven Burns <天與地> and may also be nominated for the Best Actress and My Favorite Female Character awards. As Charmaine is not currently under a TVB management contract, her inclusion on the nomination list may cause angst and anxiety amongst the fadans.

According to inside sources, TVB hopes to use this as an opportunity to convince Charmaine into signing a long-term contract with them. To further show their sincerity, TVB has also decided not to include Maggie Cheung (張可頤), who starred in The Last Steep Ascent <天梯> into the mix.  Unfortunately, TVB’s actions have not impressed Charmaine as she is focused on building her acting career in mainland China.

However, in light of hoping staying relevant in Hong Kong, Charmaine has agreed to star in only one TVB series next year and has not committed to a long-term arrangement.

When asked about her thoughts on the upcoming TVB awards, Charmaine said, “I don’t even know if I’m nominated yet so I haven’t given it much thought. I just know that I put my best efforts into portraying the role in When Heaven Burns. Even if I have confidence in winning the award, it doesn’t mean I’ll win. Everyone puts their best efforts into every series and that’s all that matters.”

Regarding her thoughts Kate and Tavia’s performance in Highs and Lows <雷霆掃毒> and Silver Spoon Sterling Shackles <名媛望族> respectively, Charmaine said, “I’ve watched both series and both characters have lots of opportunity for them to showcase their acting. Kate had to portray a drug addict and Tavia played an opera singer – both of these roles takes time to research and prepare. I think both of them have equal chances of winning.”

70 comments to Charmaine Sheh to Film TVB Drama in 2013