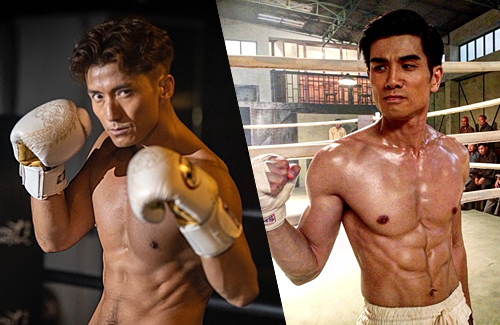 Recently TVB actor, Brian Chu (朱敏瀚), posted a photo on Instagram of his sexy new look successfully shedding his image as a “little brother” as he is often cast as in dramas. Showing off his chiseled abs and tanned skin, he explained that this new image is for his role as a boxer in upcoming TVB drama Al Cappuccino <極道怪咖>. 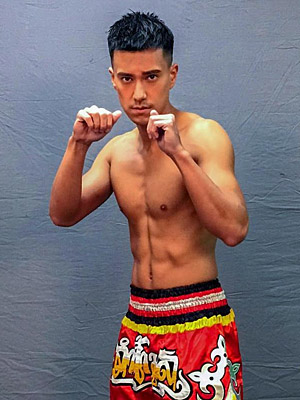 Although this is a new challenge for Brian, boxing scenes have been recurrent in many past and upcoming TVB dramas, leading one to wonder whether this factor plays a role in attracting viewers.

A Fist Within Four Walls <城案英雄> was the leader in changing the outlook on action dramas as it was an explosive hit and its many fighting scenes received praise for the realistic portrayal.  Afterwards in My Ages Apart <誇世代>, Moses Chan (陳豪) and Sammy Leung (森美) had a boxing match that also received praise. Not only was the scene a success for the drama, it motivated Moses to work out and regain his physique from his former modelling days. Paired with his image as a good husband, he became the ideal man for many!

But the truth is that it is not the boxing that is lending to the success of these dramas, but rather the current trend of leading a healthy lifestyle through diet and exercising. As well, with the recent K- Wave, many Korean dramas have scenes where the male actors would remove their tops to show off their hard earned physiques.

TVB has been emulating this and many actors have been up for the challenge like Joel Chan (陳山聰). He will be filming a shirtless boxing scene in his upcoming drama. “I don’t mind it, it’s necessary for plot development. You don’t have to train if you don’t want to. The script notifies you that there will be a shirtless scene, but the producer never makes it about wanting us to show off our muscles. But who wants to show off an unattractive side to the camera! Bodybuilding is now a trend and its fine as long it’s done in a healthy manner!” 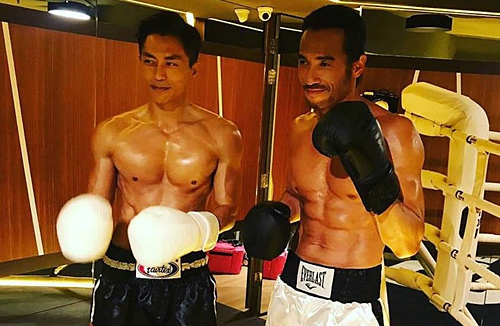 1 comment to Current Trend of Boxing Scenes in TVB Dramas