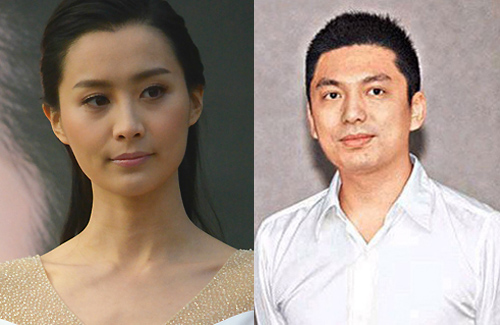 Fala Chen (陳法拉) was determined to break out of her comfortable shell when she left TVB last year in pursuit of greater opportunities outside of the station. Besides starting anew with her career, Fala also ended her relationship with Neway heir Daniel Sit (薛世恆). Since the breakup, Daniel was linked with several women, but he is unable to forget Fala.

Hoping to win Fala back, Daniel recently paid $109 million HKD to buy and renovate a luxury apartment in hopes that Fala would be moved by his gestures.

Fala’s Career is at a Standstill

Working with Kelly Chen’s (陳慧琳) manager, Fala thought she would have a chance at transitioning her career to the film industry. Unfortunately, a year later – Fala’s career seems to be at a standstill with her residing in the United States the majority of the time. Despite wanting to be independent and stressing the need for more freedom in her work, Fala’s plans backfired.

Recently, it is speculated that Fala has been speaking with TVB in hopes of filming for them again. Fala said, “If I can find time, then I’ll film. However, I want roles that are more challenging.”

Fala and Daniel’s relationship was on the rocks when Hotcha member, Regen Cheung (張惠雅), entered the picture. Initially favoured by the Neway heir, Regen received a lot more attention than the rest of her Hotcha group members. However, Daniel was unable to erase Fala from his memories and immediately jumped to Fala’s aid when he found out about her career standstill. Dropping Regen from all the promotions, Daniel began promoting Hotcha’s Winkie Lai (黎美言) to draw clear boundaries with Regen.

Another speculation behind Fala and Daniel’s breakup was due to Daniel’s family politics. Although Daniel is the eldest son in the family, the business is mainly managed by his younger brother, Ernie Sit (薛嘉麟). Ernie’s wife, Marie Zhuge (諸葛紫岐), also received favoritism from his parents’ after giving birth to a baby boy. With Daniel’s lack of power in the family and Fala’s long term rivalry with Marie, Fala ultimately broke off the relationship.

To prove to Fala that he is still capable of letting her live like a queen, Daniel bought a 15,000 square feet complex for $109 million HKD should Fala decide to rekindle their relationship. After extensive renovations, the four-level luxury home is estimated to be worth $500 million HKD.

While Daniel is trying to win Fala back, she may have moved on to different pastures. In a recent Weibo post, Fala flashed a new ring around her middle finger.