Daniel Sit’s Life After Breaking Up with Fala Chen 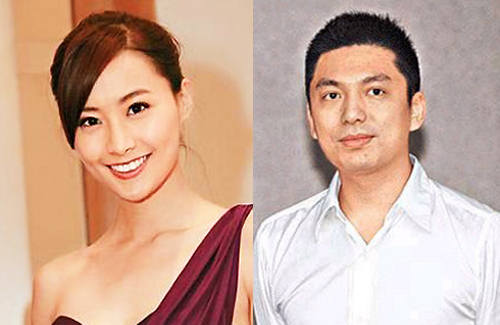 After a low profile six-year relationship with Neway heir, Daniel Sit (薛世恆), Fala Chen (陳法拉) announced in June that they have broken up. Although the relationship ended only a month ago, Daniel seemed to have moved on with his life, and is often seen in the company of other women.

The love life of Fala and Daniel has always intrigued the public even though little is known of it. It is widely reported that the couple had secretly gotten married in the United States in 2008. They jointly purchased two properties in the United States, one in California and another house for Fala’s parents in Georgia. Despite this, the pair dodged queries about their marital status.

It is reported that Daniel has been enjoying a full social life since breaking up with Fala. He is often seen going in and out of his church with his church-mates. Recently, he was also spotted chauffeuring a woman around town. Another time, he was spotted having a congenial meal with a woman who wore glasses. Without Fala by his side, Daniel seemed to enjoy his new single status.

After eight years with TVB and losing the TV Queen title in 2011, Fala decided not to renew her contract when it expired in May this year. She felt that she had reached a bottleneck in her acting, and did not wish to remain at TVB. Instead, she wanted to further her acting skills by studying in New York and widening her opportunities.

It was also reported that Fala wished to open her own management company. It was alleged that Fala needed Daniel to finance her business venture. However, Daniel’s status within the Sit family has been reportedly sliding, especially when his younger brother Ernie Sit (薛嘉麟) and his wife Marie Zhuge (諸葛紫) are expecting their first child. Daniel’s parents began to show favoritism towards the younger couple, and Mr. Sit gave business control to Ernie.

The complexities within the Sit family further stressed Fala and Daniel’s relationship. Without the financial backing of Daniel in her new company, the status of Fala’s business venture is unclear.